MOSCOW, March 2. Minister of justice Alexander Konovalov was late by 20 minutes on the “Government hour” in the Federation Council, where he has to make a report on the legal status of NGOs. 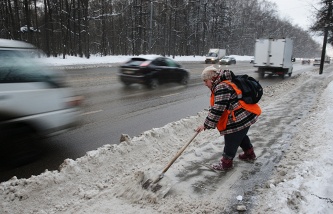 “For my practice this is the first time the Minister was late for the “Government hour”, – said the speaker of the Federation Council Valentina Matvienko. “I understand that today’s adverse weather conditions, but all senators come to the meeting on time. I left for work at seven-thirty,” added the head of the Federation Council and advised Konovalov build your working schedule to suit weather conditions.

According to the portal “Yandex.Tube”, Moscow remains one of the most difficult road situation in the first half of the day over the entire winter: the traffic on the roads has reached 9 points from 10 possible. Already at 8 am in Moscow for the first time in the winter was marked congestion in the 8 points are the earliest in this cold season.

According to the agenda of the meeting, “Government hours” was to begin at 11:00.

Due to heavy snowfall, which took place in the capital throughout the night, hundreds of Muscovites were late for work. As told journalists the Deputy mayor Pyotr Biryukov in Moscow at night and in the morning fell to 65% of the monthly multiyear average of precipitation, an increase in snow amounted to more than 20 cm.