MOSCOW, March 2. The volume of reserve Fund of the government for February rose slightly. So the contingency Fund over the past month rose by 0.27% to 3,747 trillion rubles, the national welfare Fund (NWF) by 0.15% to 5,357 trillion. It is reported by the Ministry of Finance. 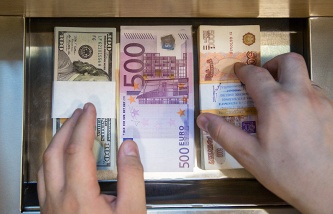 On 1 February the amount of funds totaled 3,737 trillion and 5,349 trillion rubles, respectively.

In foreign currency funds amounted to USD 49.9 billion and $71,34 billion.

Balances in separate accounts to record funds of the Reserve Fund amounted to: $22,71 billion, €20,26 billion and 3.44 billion pounds. Income from placing funds of the Foundation from 15 January to 29 February amounted to $0.12 billion, or 9,14 billion.