KIEV, March 2. The Ukrainian hryvnia devalued two months from the beginning of the year by 13.4%. About it reports a press-service of the National Bank of Ukraine (NBU). 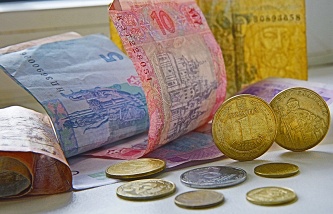 “Since the beginning of the year – as at February 25, 2016 – the official exchange rate of hryvnia against US dollar depreciated by 13.4 per cent to 27.2 hryvnia per dollar”, – stated in the message.

“A combination of fundamental factors (unfavorable foreign economic conjuncture for Ukrainian exports, restrictions on trade with Russia and transit through its territory), and situational (a lot of holidays in January, mismatch of worker and public holidays in Ukraine and in the U.S., the deployment of the political crisis in the country and traditionally high budget expenditures in the end of the year) determined the devaluation pressure on the currency market at the beginning of the current year”, – says the NBU. 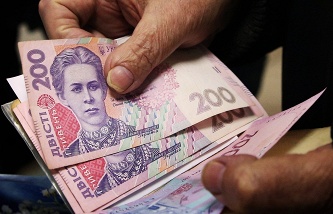 The hryvnia fell to a level 27,23 per dollar

Many Ukrainian experts believe that the devaluation of the hryvnia will continue in the future, and that interested the authorities. So, a member of the Opposition bloc Victor Skarshevsky believes that “with the help of devaluation and inflation the government is trying to fill the budget”. Moreover, the “devalued hryvnia favorable to foreigners when conducting a planned privatization they will be able to buy cheap Ukrainian enterprise” that “confirms that Ukraine is under external control,” he said.

Experts also note that the head of the NBU Valeria Gontareva declined to publicly answer for the rate of the national currency. In these conditions it is difficult to see grounds for stabilization of the national currency, said in his turn Deputy of the Verkhovna Rada from the “Opposition bloc” Eugene Moore. “Even if the Western partners in the near future will give Ukraine another portion of the credits – this money will be eaten and plundered. Without reforms, without destroying corruption in our economy will be destroyed”, – said the Deputy.