MOSCOW, March 2. /Corr. Ekaterina Kazachenko/. Work online cinemas in Russia may be severely limited, to the draft law prepared by Media and communications Union (MS) (copy of document is available). The Union represents the interests of operators, rights holders and broadcasters of Russia, and on its site since the beginning of the year discussing the possibility of the legal regulation of work of services online video in Russia. 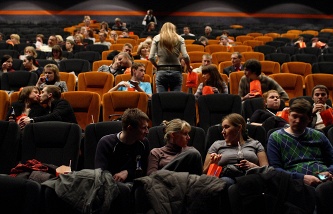 ISS: proposals on the regulation of online cinemas in Russia are preliminary

Attention to this theme also comes with access to the Russian market of major U.S. online video service Netflix, which began work in Russia on 6 January 2016. Commenting on the appearance of a new player in the market, the head of Roscomnadzor Alexander Zharov noted that the company Netflix, as well as other players, have to pay taxes in Russia and to store personal data of Russians in the country. According to Zharova, it is necessary to regulate the field, employing such a large multinational players like Netflix. A bill that defines the rules of the game on the online video market, should be prepared by mid-March as a result of the discussion is on the ISS, he said.

Market players reacted critically to the proposed initiatives. In their opinion, the draft law requires substantial revision to help the development of the market.

The bill proposes that Russia will be able to work only online cinemas that are owned by Russian legal entities or citizens of the Russian Federation. The companies will have to report to the Roskomnadzor, which will be entrusted with the service registry. Online video services will not be able to distribute forbidden information, they must delete inaccurate information, as well as information on private life of citizens at the request of these citizens. They will also be required to provide access to content throughout the country.

In addition, online cinemas will be required to broadcast not less than 80% of the content in Russian. At the same time, 30% of the content of the service must be made in Russia. The video will also need to ensure the distribution of only the content that has already aired, and has a rental license. However, these proposals do not relate to those services where the content load the users themselves.

If the online-the cinema does not fulfill these requirements, then access it may be blocked by the operators. For failure to perform the obligation to inform Roskomnadzor also provides for fines up to 500 thousand rubles.

The head of the Duma Committee on information policy Leonid Levin noted that if such proposals will be supported by the Institute of development Internet (IRI), whose co-founder is ISS, then they can be submitted to the state Duma as one of variants of the bill of the IRI. “It is necessary that the industry is first discussed, these issues are important, but they industry”, – he stressed. While the state Duma has not received any bills on regulation of OTT services in Russia, and some of the initiatives Levin did not comment on.

In Roskomnadzor know that now the ISS is discussed possible approaches to the regulation of online cinemas. “However, I do not have information about how much of the work is finalized”, – said the press-Secretary of Roscomnadzor Vadim Ampelonskiy, refusing to comment on specific proposals. He stressed that currently the ISS is the only trade organization that has full expertise on the subject of OTT services.

The document is of concern to market players, especially in terms of regulating the activities of online cinemas. “It is difficult to understand the purpose of the bill, it is of no use. The state apparatus it powers is not adds, to the Russian right holders neither hot nor cold. The problem Netflix the bill also does not address, because any foreign company can open a Russian legal entity”, – said General Director of the Association “Internet video” Alexei Byrdin. It is an Association of major online cinemas: Amediateka, ivi, Megogo, Tvzavr and TV1000Play. 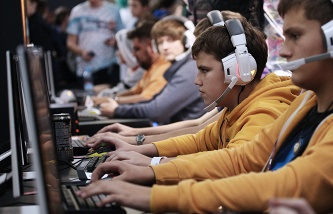 “The regulation of the industry should represent either public interest or the interests of business, and the proposals presented in the draft, will only lead to unnecessary bureaucracy,” he said. The bill contains duplicative requirements about how to remove false information about users, providing prohibited content and the storage of personal data Russians in Russia, the expert noted. “We already have in the law all the norms that control these issues, and they are irrefragable,” he stressed Byrdin.

The industry needs measures to develop the online video segment in Russia, said the Director of the Association. “We made little movies, so the share of domestic content in the movie rental about 15%,” leads the assessment of the expert. “Because of piracy, these films often do not discourage your budget. You need to target sanctions on pirates, penalties for legal services stipulated by the bill is redundant,” – said the representative of the industry.

In a press-service of “VimpelCom” also noted that the bill needs work. “It is important that its adoption has not led to economic losses for the Russian budget”, – emphasized in the company.

“Implementation of the proposed regulations could hurt the market of ICT (information and communication technology – approx. ed.) in Russia,” fear in the MTS. The bill may limit the ability of Russian producers of content to sell their products abroad, including through the Internet, noted in a press-service of the operator. Also under restrictions can get distance education programmes. “There is no the organizational and technical capacity to control the execution of the bill, and locks resources providers in the Internet will lead to a growth in interest for VPN services and TOR networks (proxy – comm. ed.) that, in turn, threaten Internet security,” underlined in MTS.

In addition to regulating online video market, the bill provides requirements for operation of instant messengers in Russia. Thus, it is proposed to introduce responsibility for owners of messengers to identify users and to oblige them to limit the mass mailing of messages and provide confidentiality of transmitted data.

Requirements for the operation of instant messaging, and video services quite debatable, according to operators. “We support the idea of identifying users of messengers to fight against spam, however, the bill provides for the mandatory existence of an agreement between the service provider and suppliers of information and communication services as a condition of providing such services to subscribers. This point requires elaboration, as a strange object of such agreement”, – noted in MTS. The company explained that based on the text of the bill it is unclear how the operator will terminate user access to the instant messengers. “Either disable the entire service that will violate the rights of consumers of services, or terminate the access of users to the messenger. In the latter case, the operators do not have the technical capabilities to detect encrypted traffic for specific users messengers”, – explained in MTS.

In “Vympelcom”, in turn, believe that operators should not be responsible for the regulation of messengers. This should be a level playing field for providers of new services and mobile operators are confident in the company. Earlier, the head of Roskomnadzor said that to prohibit the work of messengers, but need to define rules for them similar to those that now govern the activities of telecommunications operators.

The representative of the press service of “Rostelecom” said that the company is studying the document and preparing their proposals. In the “MegaFon” declined to comment on the bill.