PETROZAVODSK, March 2. /Corr. Igor Lukyanov/. The Supreme court of Karelia will begin consideration of the appeal complaint ex-the mayor of Petrozavodsk Galina Chisinau on the decision of the city court, accepted the resignation legitimate. This was announced in the Supreme court of the Republic.

“The Supreme court of Karelia on March 2, will begin consideration of the appeal Galina Chisinau. The meeting begins at 10 o’clock in the morning”, – said the representative of the court.

As she told Shirshina, in court, she and her defense will be to prove that the powers of the mayor it was performed, and the procedure of resignation was held with violations. In court she plans to call five witnesses. 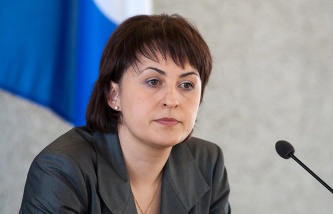 “With the decision of Petrozavodsk city court did not agree fully. In particular, judge Elena Lazareva identifies the concept “authority” with a specific event, which has previously unexecuted judgment. To punish the mayor for non-execution of court decisions is subject to other sanctions – administrative, criminal, but not the removal to resign,” said Shirshina.

She explained that previously the court obliged the municipality to liquidate the queue in kindergartens for children aged 1.5 to 3 years. To fulfill this authority, it was necessary to open in Petrozavodsk more than 15 new kindergartens for 300 people each. During 2.5 years of its leadership in the city there were five new kindergartens, said Shirshina. “To say that I evaded the execution of the decision of the court and its powers cannot,” said the ex-mayor.

Previously Shirshina did not agree with the decision of Petrozavodsk city court and appealed to Supreme court of Karelia. In case of dissatisfaction of the request it intends to appeal against his dismissal in the Supreme court of Russia.

Deputies of the city Council of Petrozavodsk on December 25 2015 sent Shirshina the mayor to resign for dereliction of duties within three and more months. December 29, deputies at the extraordinary session appointed acting head of the city Irina Miroshnik, who was previously Deputy head of the office of the city Council. In January 2016 the Petrozavodsk city court confirmed the legality of the resignation. After that Shirshina appealed against his dismissal in the Supreme court of Karelia.

Shirshina the independent candidate was elected for five years by the mayor of Petrozavodsk, September 8, 2013.