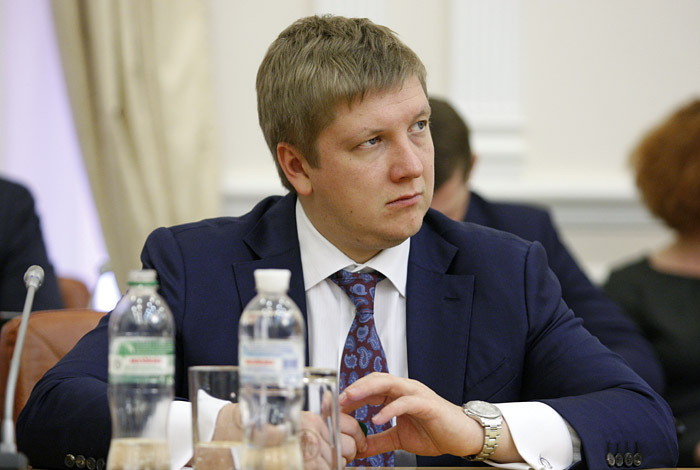 Moscow. March 1. The total amount of the claims of “Naftogaz of Ukraine” to “Gazprom” in the framework of the transit contract is $8.2 billion, told journalists the head of the Ukrainian company Andrey Kobelev on the sidelines of the “Ukrainian energy forum”, organized by the Adam Smith Institute.

He recalled that by the decision of the National Commission regulating energy sector and utilities, has already entered into force the new tariffs for natural gas transportation and Naftogaz expects in negotiation or in court to achieve Gazprom’s switch to this new system.

“If you can reach a compromise (with Gazprom), there may be additional payments for the period from the start of the new tariffs,” he said.

KOBOLEV also said that Naftogaz difficulties arise regarding the payment of value added tax (VAT) on transportation, as the new tariff system is already in force, but “Gazprom” it hasn’t yet. “We are now with the Ministry of Finance are seeking a way to pay on a cash basis”, he said.

Ukraine in 2015 was adopted the law “On natural gas market”, which introduced norms of energy legislation of the European Union.

By 2016 the cost of gas transit through Ukraine government was not regulated and was determined only by bilateral contract. According to the January 2009 contract between Naftogaz and Gazprom, the tariff rate is floating and is determined by the formula depending on the value of the fuel component and inflation in Europe.

On December 29 2015 in Ukraine introduced new rules of pricing on transit service and tariffs were established for points of entry and exit of the Ukrainian GTS. Officially, the size of the possible effective increase in tariff was not called, but, according to Ukrainian officials, it comes to increase in 1,5-2 times.