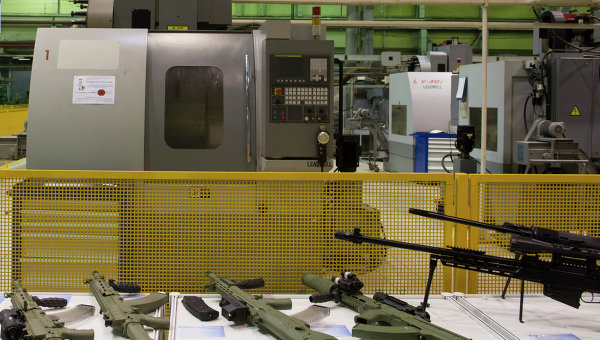 MOSCOW, 3 Mar. The largest Russian manufacturer of small arms concern “Kalashnikov” has fulfilled the plan for the modernization of its production facilities in 2015, investing in this project is $ 2.1 billion, said Thursday in a press-service of the company.

Kalashnikov has completed the projects on modernization of production facilities and optimization of production processes, planned for 2015. In upgrading the current fleet of machines, technological processes, a comprehensive overhaul and the introduction of information technology for the 12 months of 2015 has been invested 2.1 billion rubles, which is 1.5 times more than in 2014″, — stated in the message.

According to company CEO Alexei Krivoruchko, over the last two years the enterprise has invested over 3 billion rubles in the development of production, bringing the production of “Kalashnikov” has increased four times and amounted to 9.4 billion rubles.

“In 2016 we plan to almost double production capacity to 17.7 billion rubles, and to diversify product range, so further increasing plant efficiency and quality of all the processes remains the number one priority in 2016”, — he noted.