The pension system should be built in such a way that workers were motivated to accumulate, says the head of the Bank of Russia Elvira Nabiullina. 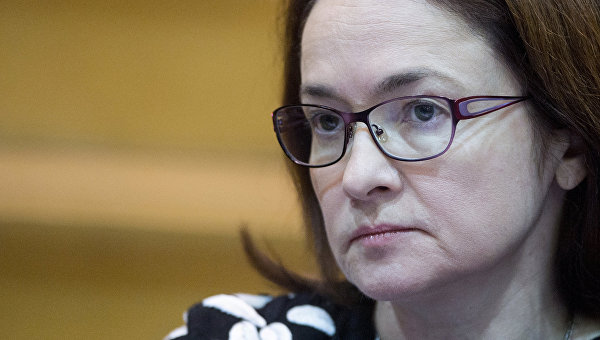 SHANGHAI, 29 Feb. The Central Bank of the Russian Federation prepares proposals on reforming the Russian pension system and prompts you to install the automatic “subscription” to participate in the funded pension for all citizens, said the head of the Bank of Russia Elvira Nabiullina.

“From a storage element not to be missed. Let it be transformed, but it needs to be saved,” — said Nabiullina. In her opinion, the pension system should be built in such a way that workers were motivated to accumulate.

“The government should create reliable instruments of such savings, in which citizens believe. For these voluntary savings should be a different kind of stimulus. We discuss them. There are different options: including tax, with options for automatic “subscription” to the accumulative system, that there is in other countries,” she said.

“It is important where you are by default either in the switch or in cumulative. It is very important for development”, — said the head of the Central Bank.

Currently citizens by default are members of the distributive pension system, pension savings until 2014 was formed only from the citizens who have made a choice in favor of a funded system. In 2015 and 2016 the deduction for retirement savings of all citizens in Russia “frozen” pension contributions in full received in the distribution system.

Nabiullina said that the Central Bank is preparing its proposals on pension reform. The pension system in the Russian Federation, according to her, is not balanced. “So all the time there are questions that the financing of the insurance part of the need to submit those payments that go to a fully funded system. This issue will always exist, until we have a total balance of the pension system,” she said.

“We are preparing such proposals”, — said the head of the Central Bank. “In addition to its function of providing a decent level of pensions in the context of those demographic trends that we have, of course, the pension element gives the economy long-term money. On the basis of these long-term money may develop the financial market and, accordingly, to be financed, the economy and investment projects. This is an important structural element for the entire financial and economic system”, — said Nabiullina.