MOSCOW, March 3. The President of Russia Vladimir Putin has formed a five members of the CEC, it did not include the current head of the CEC Vladimir Churov, but there Commissioner for human rights in Russia Ella Pamfilova. 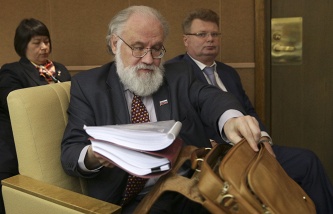 Members of the CEC appointed a Commissioner for human rights in Russia Ella Pamfilova, a current member of the CEC Boris Ebzeev, the Deputy of the state Duma from the CPRF Vasily Likhachev, Deputy head of the Federal Antimonopoly service Alexander Kinev, the representative “Patriots of Russia” in the CEC Evgeny Shevchenko. According to experts, Pamfilova – “the most probable applicant for a post of the head of the CEC of the Russian Federation”.

In the Kremlin called the care of the CEC Churov natural rotation.

“The presidential decrees are not discussed”

The CEC head Vladimir Churov refused to comment on the President’s decision. “The presidential decrees are not discussed”, – said the supervisor.

Earlier, the CEC member Denis Panshin said that the supervisor had already decided what he would do after the expire of its powers, but has not yet announced its decision. “Vladimir said that he decided, but he, I think, about it will tell”, – he said.

Who can replace Ella Pamfilova 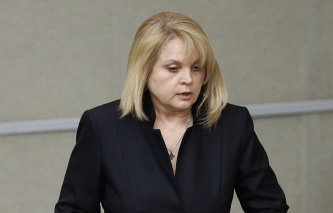 “Seeing as the authorized Vladimir Petrovich Lukin,” said Fedotov, answering the question of a possible successor to Ella Pamfilova, who joined the CEC by the presidential quota.

Lukin has held the position of Commissioner for 10 years, two consecutive terms.

State Duma Deputy from the CPRF Vasily Likhachev, delegated by the President in the new composition of the CEC, may qualify for one of the leading posts in the Commission. This opinion was expressed by the CEC member Denis Panshin.

“Likhachev – the authoritative figure, which I think will be considered one of the guiding posts,” he told reporters. With the appointment Pamfilova Panshin predicts “strong growth of hardware” for the CEC. “A powerful structure attached, and though informal, it will be tough,” he said.

According to Panshina, the new composition of the CEC is “really powerful”. He added that some appointments, particularly the appointment of Shevchenko, were expected.

The Panshin was not included in the new Commission.

First Deputy Chairman of the CPRF Central Committee, head of the Central headquarters of the Communist party at elections Ivan Melnikov considers interesting and balanced presidential five CEC members. He stresses that included in it the Deputy of the faction of Communists Vasily Likhachev worked brilliantly both in the lower house of Parliament, and in previous positions of responsibility.

“Presidential “five”, to be honest, a little unexpected, but interesting and in many ways, “balanced”, – said Melnikov today. “And there’s continuity and, as they say, new blood and a fresh perspective”, he said.

“As for our MP Vasily Nikolaevich Likhachev, the public should not be surprised: we’re not kidding when we say that in our party and faction powerful personnel potential”, – continued the first Deputy Chairman of the state Duma. “Our comrades are elected by the mayors and governors are in the personnel reserve of the President,” he recalled.

This is normal and does not interfere with the fundamental inter-party political struggle, said Melnikov. “If the professionalism and experience of specific people may serve the interests of the country, let serves. This strengthens the credibility of the party,” he said. “Vasily Nikolaevich eminent lawyer and diplomat, respected not only in the country but abroad people who didn’t surrounded himself with unnecessary noise, but brilliantly worked the whole convocation of the State Duma”, – he said.

Commenting on the departure of the CEC Vladimir Churov, the attitude of Communists to his figure and role know, said the Miller. “Humanly we accompanied him kindly and politically: we demanded his resignation for a long time, – he reminded. – And do not Harbor unnecessary illusions to the CEC, nor on account of its new composition and now.”

“Under the current electoral law and administrative possibilities of the party in power these illusions and “light of hope” is unlikely to help in the work of the Communist party, we are realists”, – concluded the representative of Communist party.

“He will play a very positive role”

The CPRF leader Gennady Zyuganov is sure that Vasily Likhachev will adequately represent the interests of a wide range of voters in the Commission. To date Likhachev was elected Deputy of the state Duma, was a member of the Communist faction.

“I think that Likhachev will adequately represent the interests of a wide range of voters to the CEC,” – said Zyuganov. “He was the head of the Tatarstan Parliament, he represented Russia in Brussels (he was Ambassador of Russia to the EU – ed.), he is a professional member who is actively working in the state Duma, is well aware of international law and legislation as well as international experience in the conduct of electoral campaigns”, – said the Communist leader.

“I think he will play a very positive role in the new composition of the CEC”, – said Zyuganov.

The appointment of a representative of the major non-parliamentary parties – “Patriots of Russia” – a member of the Central election Commission of the Russian Federation suggests that the non-parliamentary parties also play a large role in the political life of the country. This opinion was expressed by the representative “Patriots of Russia” in the CEC Evgeny Shevchenko, delegated by the President in the new Commission. 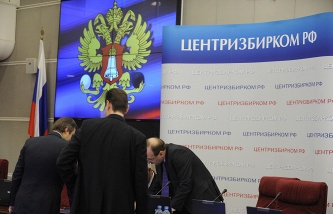 The Central election Commission of the Russian Federation. Dossier

He since 2007 she has worked in CEC as a representative of the party “Patriots of Russia” he is the head of control-revision Commission.

“I think this decision, the President has shown that multi-party system in Russia took place,” he concluded.

The Chairman of the “Yabloko” Emilia Slabunov and the head of the “Green” Anatoly Panfilov welcomed the appointment of the CEC of representatives of non-parliamentary parties.

“We are very pleased that Alexander Kinev took part in the composition of the CEC. He is a member of the Yabloko party since 2001. We hope that the mere appointment of the CEC of representatives of non-parliamentary parties will promote an open, honest work of the CEC. But much is being done at the grassroots level, and the question is to what extent the CEC will be able to organize the grass-roots work of the commissions,” said Slobounov.

For his part, the leader “Green” Anatoly Panfilov named new CEC member Yevgeny Shevchenko of the “experienced man”. “He was a CEC member with a deliberative vote. We know, he is experienced, thoughtful, meticulous, knows the law. I hope he will protect not only the interests of the party “Patriots of Russia” but also other non-parliamentary parties,” – said Panfilov.

The development of competition and pluralism

The course of Vladimir Putin on the development of competition and pluralism, the strengthening of institutions of public control reflected in the new composition of the CEC of the Russian Federation. This opinion was expressed by the head of the Fund “Institute of socio-economic and political studies” (ISAPI) Dmitry Badovsky.

“The proposed (by the President) five members of the CEC was consistent with the political program with which Putin was the presidential election in 2012 and he consistently pursues after his victory,” said Badovsky, Recalling that on 4 March it will be four years since the victory of Putin in the elections.

First meeting of the new composition of the CEC can be held on March 28, said Vasily Likhachev, appointed by the President a member of the CEC.

“We’ll talk about lessons learned, and the challenges facing the Russian electoral system,” he said in an interview with TV channel “Russia 24”.

Likhachev said that the previous formulations of the CEC have gained a “very positive experience, but there were problems.”

“By law the last time the CEC has gathered for its first meeting on March 27. This year this Sunday, accordingly, the first meeting is expected to take place on March 28,” – said, in turn, a source in the CEC.

The analyst noted that “the presidential five” and in the new composition of the CEC of the Russian Federation in General has reflected “the course of Putin on the development of competition, pluralism, political dialogue, strengthening of institutions of social control in the political and electoral system of Russia”.

So, drew the attention of the expert, in the composition of the CEC of the Russian Federation became an independent influential public figures, first of all, Pamfilova. The likelihood that it will become the main candidate on a post of the new head of the CEC Badovsky rated as “very high, since Pamfilova enjoys absolute respect and trust in society and among representatives of various political forces.”

In addition, added the head of ISAPI, thanks to the decision of the President, has expanded the presence of the opposition and non-parliamentary parties in the composition of the CEC and increased the status of their representatives. “This is the natural result of the party system reform in Russia 2012-2015, which resulted in the party space in the country has become more competitive and representative,” he said.

Important, according to Badovsky, and the fact that the composition of the CEC was strengthened at the expense of influential constitutional law scholars, doctors of law (for example, a member of the CEC on “presidential quota” Vasily Likhachev).

Just in the new convocation of the CEC will be 9 novices, 6 members of the Commission reassigned. “This significant upgrade (60%) and corresponds to expectations of experts regarding the update of the composition of the Russian public policy after the state Duma elections in 2016”, – said Badovsky. In this case, he said, preserved the continuity with the previous Commission due to the reassignment of key professionals (Ebzeev on “presidential quota”, Valery Kryukov and Eugene Kolyushin from the state Duma, Maya Grishina and Siyabshah Sapiev from the Federation Council).

Overall, in his words, quality upgrading to a new composition of the CEC shows that “the President feels very good a query of society, the priority of strengthening the institutional role of the CEC and the legitimacy of the electoral system”. “The President accepted the decision, and its multi-factor balanced design, of course, increase the independence and autonomy of the Central election Commission, increase the level of objectivity in the work of the CEC and the level of public confidence in the elections and their results”, – concluded the expert.