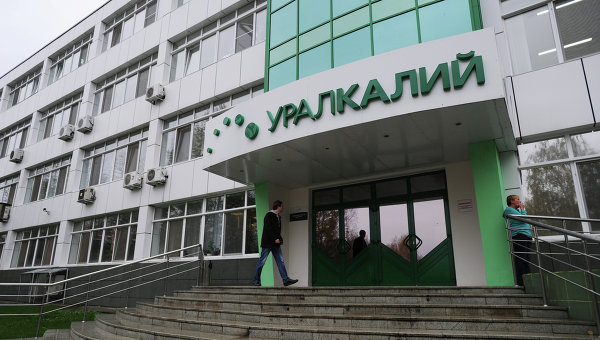 MOSCOW, 3 Mar. The representative of Chinese Fund Chengdong Investment Corporation (CIC) Chen Jian will retire from the Board of Directors of Uralkali, at the same time, the Board may enter a third representative of the group “ONEXIM” Deputy General Director of group Dmitry Usanov, the message of the world’s largest potash producer.

All members of the current composition of the Board, except for Jian, were nominated for the new composition. This is the head of state Corporation “rostec” Sergey Chemezov, the main shareholder of URALCHEM Dmitry Mazepin and CEO Dmitry Konyaev, General Director of “Uralkali” Dmitry Osipov, General Director of group “ONEKSIM” Dmitry Razumov and his Deputy Mikhail Sosnovsky.

Thus, the new composition of the Council may be three representatives of “ONEXIM”. In addition, the Council nominated an independent Director Robert Margetts and Paul Ostling. Among the new candidates — managing Director of Deutsche Bank Dmitry kabysh and former head of the International Association of fertilizer producers (IFA) Luke Maine.

The CIC representative will leave the Board of Directors, as the Chinese Fund in September last year withdrew from the shareholders of the company, having sold 12,5% of shares of “Uralkali” in the course of the buy back. Now the main shareholders are the group “ONEXIM” Mikhail Prokhorov (owns 20% of shares of “Uralkali”) and “URALCHEM” Dmitry Mazepin (19.99% stake). The company’s Free float is approximately 11%.

Production assets Uralkali include five mines and seven ore-treatment mills situated in the towns of Berezniki and Solikamsk (Perm region) on the territory of the Verkhnekamsk potassium-magnesium salts.