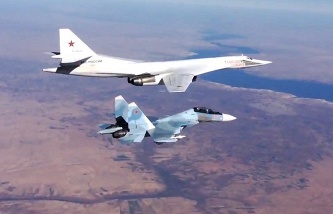 Patrushev has reminded that the district is now implementing a large-scale project of construction of new ski resorts of world class service level and technical equipment must not give in to popular sport resorts in the world. “We must ensure the safety standards of tourist facilities, including by providing the availability of modern technical means and systems of prevention and liquidation of emergency situations”, – he stressed.

Secretary of the security Council also noted the need for monitoring the safety of citizens and facilities, as well as rapid response to identified threats. In his opinion, the work on certification of objects and development of requirements to anti-terrorist protection is slow.

Among the main areas that should be intensified, Patrushev called the control equipment of ski slopes in accordance with requirements of the legislation and activities of travel agencies.

Patrushev also criticized the heads of North Caucasian regions for the failure of the implementation of the programme “Safe city”.

“Concern the status of the implementation in subjects of the Russian Federation (the North Caucasus Federal) district activities planned under the first and second stages of implementing the concept of building and development of hardware-software complex “Safe city”, which in due time before 1 January 2016 is not completed,” he said at a visiting meeting, which takes place in Nalchik.

“I would ask heads of subjects of Federation of the district to continue this work”, – said Russian security Council Secretary.

According to Patrushev, in the County employs only 8 of these complexes, with half of them in the Stavropol region. In Ingushetia and North Ossetia, these complexes do not exist. Install emergency communications “Citizen – police” act only in Kabardino-Balkaria and in Stavropol Krai.

Patrushev said that in the North Caucasus in 2015 with the help of complex “Safe city” is revealed only 76 crimes – less than half that in 2014.

Secretary of the security Council drew the attention of the meeting that the district “does not fully suppressed the activity of religious-extremist underground groups, there is a high level of unemployment, especially among young people”.