MOSCOW, March 4. American airline Delta Airlines, last December, which suspended air travel between the U.S. and Russia will resume flights on may 16. This was reported by the representative of Delta Airlines in Russia, Leonid Tarasov. 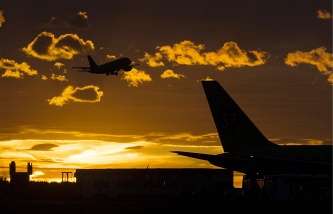 “On may 16 we stand in the schedule Sheremetyevo and planned to begin flights from this date”, – he said.

The airline will perform flights on the route Moscow-new York from terminal D of Sheremetyevo airport. This is the only direct flight of the airline, which it has conducted in Russia prior to the suspension of operations.

Delta Airlines will perform one flight on Mondays, Tuesdays, Thursdays, Saturdays and Sundays. Departure from Moscow is scheduled for 13:45 GMT, and arrive new York at 16:50 (local time). As the information on the website of the airline, the ticket price will range from 435 euros.

“Last winter, many air carriers have suspended flights. We also agreed then to wait until spring of 2016, – said Tarasov. – We do not have specific plans to download, everything will depend on pricing in the market. We assume that the load will still be at a good level”.

He also said that the flight will be operated by Boeing 767-400ER, storage capacity of 245 passengers in economy class are designed for 178 persons, business class 39 passenger and 28 passenger seats are for fare “Comfort+”.

According to the Director of the air Agency Pososhok.ru Cyril Faminskii, the peak of the crisis in the airline industry and has already passed American airline prepares for growth of traffic during the summer.

“Our February sales of tickets give us hope to believe that the peak of the crisis is over or, at least, its completion is not far off. It is assumed that the management of Delta Airlines, one of the first announced in due time on the termination of flights to Russia until the spring, apparently, closely monitored the situation and also came to a similar conclusion. The airline enters the market in a period of increasing (summer holiday period) demand and are willing to engage in a serious struggle for passengers with Aeroflot on transatlantic routes, which is now in “Aeroflot” there is a very interesting proposal,” he said.

Who flies to new York

Direct flights on the route Moscow-new York currently provides only “Aeroflot”. Last year in this direction, except “Aeroflot” also worked “Transaero”, which is now in the process of bankruptcy, and Delta Airlines.

According to Pososhok.ru, average cost of tickets in this area for may 2016 is about 30 000 rubles. The average ticket price last may was about 33 thousand.

In April 2015, the airline Delta Airlines has decided to suspend from 1 December flights on the route Moscow – new York. Last year also ceased operations in Russia, several other European carriers. For example, direct flights with Moscow was closed by the German Air Berlin, significantly reduced its route network of the German Lufthansa, Thai Thai Airways International, Finnair Finnish. From 21 March 2016, the British low-cost airline Easyjet will close the direct flight Moscow-London (also the only direct flight, which the company performed in Russia).

In October 2015, the regional Manager of Air Berlin in Russia, Yulia Vorotnikova said that the airline may return if you restore the needs of passengers in transportation. According to her, if demand is stable, the company will consider the possibility of resuming flights.