KRASNODAR, March 4. /Corr. Sergey Ukolov/. Gambling zone “Azov-city”, which is now in shcherbinovsky district of the Krasnodar region, will last on this site until 2018. This was reported today by the Governor Veniamin Kondratiev at a meeting with residents of the area. 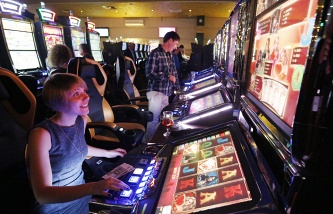 Kozak: the question of compensation to the investors liquidated zone “Azov-city” will decide in October

“Under existing law the gambling zone will operate until the end of 2018. So now is the time to actively seek an investor who would take an existing platform with communications, and to use its full capacity”, – quotes the Governor a press-service of administration of region.

According to him, it is necessary to find a replacement gambling business, which would be cost-effective. According to the regional Ministry of Finance, investors of a gambling zone “Azov-city” for 10 months of 2015 has transferred to the budget of Kuban almost 155 million rubles in taxes, which is 18 million more than the same period last year.

In shcherbinovsky district of Krasnodar region, where there is the “Azov – city”, there are two companies-investors of the gambling zone. The investments of “Royal Time Group” in the development of the complex of facilities under the brand “Oracle” to the end of the year should be more than 3.4 billion rubles. In August, the investor has frozen the implementation of three more projects totaling $ 14 billion. 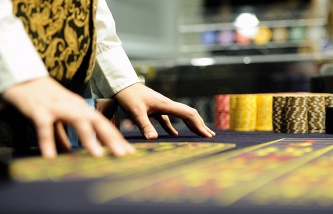 Media: the Ministry of Finance has proposed ten times to increase the tax on gambling business

On the territory of “Azov-city” also has a company “Shambala”, which belongs to the complex area of 19 thousand square meters for $ 1.2 billion. In October, the company plans to open the second phase of the casino. On the area of 18.5 thousand square meters in addition to the slot machines and tables, restaurants, bars, cafes, hotel, Spa, conference room.

In July 2014 the state Duma adopted a law allowing to open casinos in Crimea and on the territory of the Olympic objects in Krasnodar region. Simultaneously, the document abolished gambling in other parts of the Kuban in Anapa and shcherbinovsky district. At the same time, the Ministry of Finance of the Russian Federation issued a number of amendments to the articles of the law “On state regulation of activities on organization and conduct of gambling” in relation to the conservation of existing areas.

Created in the “Azov-city” the company continued to work and simultaneously raised the issue of payment of compensations for the investment in construction of facilities funds and lost profits. As reported, Deputy Prime Minister Dmitry Kozak said earlier to journalists that the issue of compensation to the investors liquidated the gambling zone “Azov – city” will be resolved in October.