In February, significantly increased the prices of observed types of fruits and vegetables. So, lemons have risen in price for 11,8%, onion – by 9.4%, apples, grapes, pears, carrots and tomatoes – 3.8-5.5 per cent. 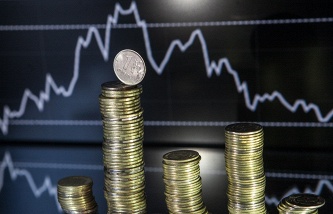 The Department of the Central Bank: stagnation of the Russian economy may continue until mid-2016

At the same time, there was a decrease in the prices of oranges and potatoes – by 5.6% and 1.0% respectively.

Among other observable kinds of food products by 1.6 to a 2.5% increase in the price of oat flakes “Hercules”, olive oil, coffee, tea, black pepper (peas), chewing gum.

The cost of the minimum set of food products per month on average in Russia at the end of February 2016. 3649,8 amounted to ruble and compared with the previous month increased by 0.6% (YTD – 2.1%).

A slight increase in the non-food category

Rosstat: weekly inflation in Russia for the sixth week in a row remains at the level of 0.2%

The Finance Ministry: inflation in Russia in 2016 at the current oil prices would be 7.5-8%

Ulyukayev: inflation in Russia at the beginning of March will make 8,3-8,4%

In a group of drugs there was an increase in the prices of the metamizol sodium (analginum domestic) – by 2.9%, Rennie, multivitamins with macro – and microelements, valocordin – 1,4-2,4%. However, sennoside A and b, levomekol, indapamide, Linex prices were down 0.4-0.9 percent.

Among the other types of non-food items has risen in price fresh cut flowers – by 5.4%, tablets, cars, new domestic, roller skates, mascara, diapers for newborns 1.8-2.8 per cent.

At the same time the prices of motor fuels decreased by 3.8%, diesel fuel and motor gasoline – by 0.2% and 0.1% respectively.

Increased charges for hire of premises

In February among observable kinds housing-utilities have significantly increased charges for hire of premises in state and municipal housing funds – by 4.1%. 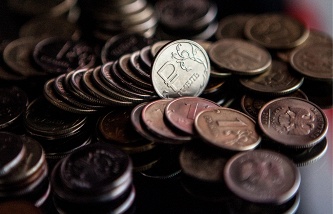 Media: the Ministry of economic development has set benchmarks for the forecast up to 2019

From observable types of service of tourism and recreation rose by 2.1% travel to China, by 1.0-1.2% of trips to Greece, trips to France, trips to rest homes and boarding houses in Russia.

In the group of services of passenger transport tariffs for journey in second-class carriages of long-distance trains increased by 1.4% and 1.5%. At the same time flying in the economy class cabin of the plane became cheaper by 0.3%, the fare in compartment carriages on ordinary trains and a taxi – 0.2%.

Among other observable types of service subscription fee for radio transmission point grew by 3.2%, for the rent of individual Bank safe – 3.1%. 1.0-1.7%. became necessary to send telegrams ordinary inland, a visit to a children’s nursery school, haircut model in the women’s room, the identity of the will in the notary office, printing color photos, Photocopying of documents, some species of veterinary and medical services.

At the same time is 0.1 to 0.8% decreased the annual cost of the policy of voluntary insurance of the car from standard risk subscription fee for access to the Internet, rent one and two bedroom apartments, accommodation in a student dormitory, the initial course of learning to drive a car.