MOSCOW, March 4. Loukoster “Victory” (enters into group “Aeroflot”) in 2015 came to a small profit in accordance with RAS. About it writes on Friday the newspaper “Vedomosti” with reference to top managers of two companies from the aviation sector, which, in turn, refer to the Director of “Victory” Andrey Kalmykov. 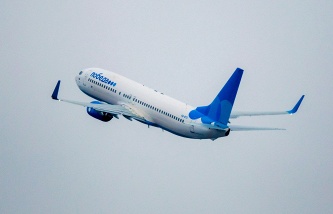 “It was planned that in 2015 the budget carrier will finish with a loss of 1.5 billion rubles But in fact the company received 37 million rubles of net profit on revenue of about 11 billion rubles,” the sources said.

Among the reasons for financial success of the company is called high intensive operation of the aircraft (in the Park 12 new Boeing 737), savings on fuel by easing the weight of the aircraft and taxiing on one engine, jointly developed with Boeing.

A source close to the group of “Aeroflot”, said that “Victory” is not spent on advertising and saves on staff: one staff member had 5 thousand passengers, while the world average is one thousand passengers per employee. In addition, the low-cost carrier zero credit portfolio, therefore it doesn’t need to spend money on interest payments.

“The low-cost carrier model proved to be very popular on the Russian market, “the Victory” was able to generate new passenger traffic: about 15% of its passengers for the first time in my life been able to afford to travel on the plane,” the newspaper quoted a source close to the group.

The airline “Victory” was founded in September 2014 based on the loukoster “Dobrolet”, which came under Western sanctions.