BERLIN, March 3. /Corr. Anton Dolgunov/. The possible closure of borders within the Schengen zone because of the migration crisis may cost the European economy billions of euros.

This was reported by the German newspaper Süddeutsche Zeitung, with reference to a draft document prepared by the European Commission. 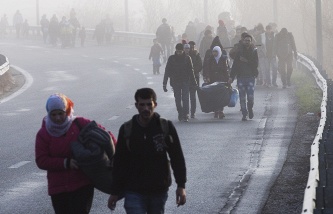 Prediction: over 1 million of migrants and refugees expected in Europe this year

“Border control would not only deprive citizens of the opportunity of free movement, but also would damage the internal market. The European Commission believes that the European economy this may cost generally from €7 to €18 billion annually,” wrote the publication, which was a draft document.

The newspaper writes that every day, about 1.7 million EU citizens cross national boundaries in order to get to work. If the control is entered, it will cost European businesses about €2.5 to €4.5 billion euros. In addition, affected transport, logistics and tourism industry. The European Commission has prepared a plan for the preservation of the free zone of movement within the Schengen area, in order to avoid such a scenario, said the newspaper.

Currently, among some countries of the Schengen agreement on a regime of sampling.

What impact will the closure of the borders to EU GDP

Earlier media reported that the return of the Schengen area to control its own borders would reduce annual gross domestic product of EU by €100 billion (nearly us $110 billion). 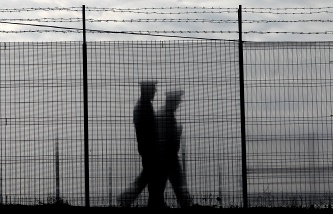 Czech President: we must create a European army to guard the external borders of Schengen

Such losses, stated the head of the French government planning Agency of the economy (Strategie France) Jean Pisani-ferry, will be associated with a reduction in tourist flows, the level of trade, the revival of bureaucratic obstacles, numerous traffic jams.

“Short term cost recovery for border control, although appreciable, but still limited – said the head of the Agency. But if such control becomes permanent, it will have a greater impact on trade and jobs in the long term”.

France only restore the protection of its own borders, according to Pisani-ferry, will cost €1-2 billion in the short term. “We must find a more effective security system and constantly not to put into question the principle of free movement of population, – says the head of the France Strategie. – Otherwise this will have large economic consequences.”