TYUMEN, March 4. State Duma speaker Sergei Naryshkin believes it is important that the months remaining before the elections to the state Duma does not become a period of squabbling and “pseudocapacitance shares”. 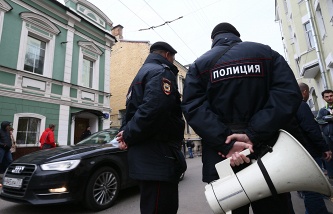 According to him, this year in particular demand a broad public and expert discussion.

“Her and demand dynamics, and direction of changes in the global economy and political events in the world. It is also urged the forthcoming elections in the state Duma,” Naryshkin said, speaking in the third Tyumen investment forum “Technology. Site. Footage”.

“The election campaign is always a heated debate, but the question is, what tone and character it will take. For all of us it is important that the months remaining until September 18, turned into a period of pseudo-opposition squabbles and shares. Otherwise it will be lost for serious work”, – said the speaker.

By the beginning of the new composition of the state Duma of society, the government and business should form a General and clear relationship to the national objectives, says Sergey Naryshkin.

The speaker recalled that the Federal budget in 2017 will be elected at the September MPs. “Time to lose the new Duma will be very small, that means that by the commencement of work all of us – the authorities, society and business need to form a General and clear relationship to the national objectives, which aims including to resolve the budget in 2017”, – said Sergey Naryshkin.

September 18 elections to the state Duma on a mixed system: half of deputies (225 people) will be elected by party lists, half in single-mandate constituencies.