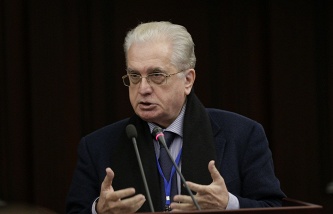 Piotrovsky: the Hermitage prepare for 2017 a series of events about the storming of the Winter

According to Naryshkin, who is on a working trip to Tyumen, ahead of an important date – “the century of February, the October revolution, the centennial of the Civil war”. “In the period of the historic events of the Urals was one of the hubs of political and military confrontation”, – he said at a meeting with historians of the Urals.

“I think 100 years is a sufficient period of time to perceive those events not as a cause of division in society, but as a historical reality, as a fact of the biography of our state,” he said.

According to Naryshkin, the result of anniversary events in 2017 should be “deep understanding of the lessons and a tribute to our ancestors regardless of their political beliefs”.

“Late settling of accounts and the division between right and wrong speech can not be. Long dead contemporaries nor revolution, neither heroes nor those who have transgressed the law,” he added.

“I am counting on the active participation of our Ural colleagues in forming the national plan of events dedicated to the topic. And the process of creating the national organizing Committee is already nearing completion,” – said Naryshkin.