MOSCOW, March 4. The devaluation of the ruble will not affect the cost of building power bridge to Crimea. This was stated by Minister of energy Alexander Novak in interview to TV channel “Russia 24”. 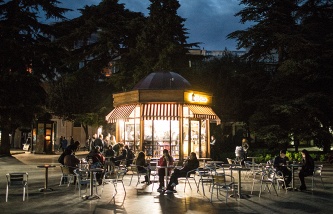 Tourism Minister of Crimea: energoprogrammy must be fully resolved by may holidays

“As for the necessary funds for construction , they were provided by the Federal target program for development of Crimea is 47 billion rubles within a few years. This amount does not change, although there was a devaluation, and some of the equipment imported is still used, although mostly Russian contractors and Russian equipment, construction and installation work. However, we are within the initial set parameters on financing”, – said Novak.

Work on the construction of two thermal power plants (TPP) in the Crimea are a bit late, also said the Minister. “Today we have seen a slight lag, spoke to our colleagues who deal with this issue, provided the elimination of the backlog prior to June 1 of this year,” he said.

An energy bridge to Crimea

In July 2015 the Russian Ministry of energy signed a contract for the construction of power bridge to Crimea.

In March 2015, with the Chinese company “Jiangsu Hinton Power Systems” has signed a contract for the manufacture and supply of subsea high-voltage cable of 220 kV with a total sum of 4,96 billion rubles to 11 October 2015, the Chinese ship is the cable layer “Jian JI 3001” arrived in the Kerch from Shanghai, 18 October commenced laying energokabel on the bottom of the Kerch Strait.

29 November 2015 Deputy CEO of the company “Krymenergo” Andrey Anokhin stated that the basic training infrastructure for the launch of the energy bridge is completed.

December 2 2015 in test mode was launched the first line of a cable across the Kerch Strait, which made possible the transfer to the Peninsula of 100 MW in the day, and on December 15 was introduced the second line, which increased its capacity to 400 MW.

The total cost of construction is 47,3 billion rubles. the Final project (it will include, including the construction of new power plants) are provided to 25 December 2020.

Blockade Of The Crimea

September 20, 2015 Ukrainian activists headed by Dzhemilev, a Deputy of the Verkhovna Rada of Ukraine Refat Chubarov and the former Vice-Premier of Crimea Lenur Islyamova began the so-called blockade of the region. On the Peninsula are not allowed trucks with food and industrial goods. On 16 December the government of Ukraine this blockade legalized, ban on the importation of goods in the Crimea.

November 22, 2015 on the territory of Kherson region have been undermined by power transmission towers, resulting in completely stopped the supply of electricity from Ukraine in Crimea. The organizers of the bombings, Russian authorities also believe the Ukrainian leaders of the Crimean Tatars. On this fact the FSB initiated a criminal case under article “diversion”. The detriment of the enterprises of the Crimea from the blackout exceeded 1.1 billion rubles.