MOSCOW, March 4. The words of the head of the European Commission Jean-Claude Juncker about the impossibility of Ukraine’s accession to the EU and NATO in the next 20-25 years indicate that “the doctrine of the great parasite” who dreamed of becoming for Europe Kiev, does not receive support. This opinion was expressed on Friday, the Chairman of the Duma Committee on international Affairs Alexei Pushkov. 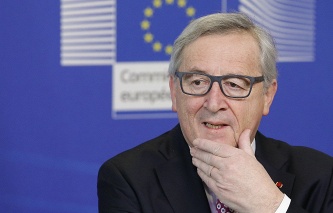 Juncker: Ukraine can not join the EU and NATO in the next 20-25 years

In his speech “the European Union: a source of stability during the crisis,” Juncker once again confirmed the thesis with which he put forward his candidacy for the presidency of the EC: the European Union requires “a long pause before taking on new member States”. This does not apply to countries in the Balkans that the EU is already negotiating for membership. As for Ukraine, it is, “without a doubt, will not be able to join the EU in the next 20-25 years, the same applies to NATO membership”, said Juncker.

“Ukraine wanted to become the biggest parasite on the body of the European Union from all who have been adopted over the last 10-15 years in its composition. That this doctrine is the great parasite, she does not receive support in the EU,” Pushkov said.

According to the Chairman of the Duma Committee, Juncker expressed the view, which currently prevails in the EU is that Ukraine is not ready for accession to the EU and should not be admitted to NATO. There is a group of countries, focusing primarily on the U.S., which have a different point of view, although do not advertise it, because today the possibility of accepting Ukraine into the EU and NATO “no,” said the politician.

“However, there are States that consider Ukraine first of all from a political point of view as a country that will extend the capabilities of NATO’s military structures approaching the Alliance to Russia’s borders, and as a country that can be used as a military and political bridgehead against Russia”, – said Pushkov. He noted that “such points of view exist in NATO circles, they exist in London and other European capitals”.

The novelty in the transfer of “membership” in the far term 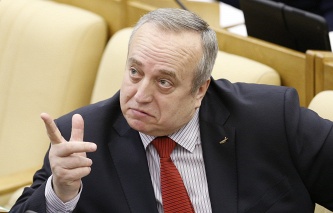 In itself, the statement of Juncker is “not a change of position, it is stating a certain fact”, said the Russian parliamentarian. He recalled that nobody in the EU is still not stated that Ukraine may soon join the EU or NATO. “The most that was ready to go, the EU is on Association and NATO on strengthening and intensification of cooperation with Ukraine”, – said Pushkov. “The only thing that made Juncker, it moved the date of a possible accession of Ukraine to the exceptionally long time – there’s a novelty,” – said the head of the Duma Committee. “I think that hardly anyone from the EU dares to refute the President of the European Commission, because, of course, Ukraine is now losing its popularity in the EU,” he stressed.

In this regard, Pushkov has noticed that on March 3 at the meeting “Norman Quartet” in Paris, Kiev has blocked the implementation of the Minsk agreements, while Russia, Germany and France were more or less common position – that it is necessary to hold elections in the Donbass in the near future, until the summer. “But the Minister of foreign Affairs of Ukraine (Pavlo Klimkin) said that Kiev does not agree with such statement of a question,” – said the Deputy.

Thus, “Ukraine blocks “Minsk”, does not hold any reforms – it’s all demagoguery, and not getting any closer to the criteria required in order to even be considered the question of Ukraine’s accession to NATO and EU”, noted the Agency interlocutor.

The enlargement fatigue in the EU

Pushkov also suggested that the EU is “tired of extensions”. “The EU has already adopted in a number of States that have no added value and which are actually countries, complicating the existence of the EU like Bulgaria and Romania”, – he argued his point of view. 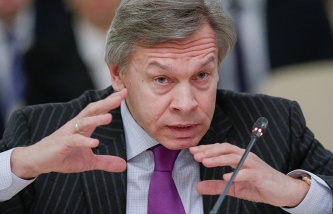 Pushkov: sanctions against Russia should get rid of “Minsk”

“These are countries with weak economies, which “pull” the EU down, not up, and they were taken precisely because of geopolitical considerations – in order to Supplement their military-political integration in NATO of the economic component”, – said the head of the Duma Committee. “This was done, as I understand it, under pressure from the US and pay for the admission of such States, which do not add anything to the EU, Europeans have,” he said.

According to Pushkov, the “enlargement fatigue is even greater – and due to extremely low or even zero growth of the EU economy, and because of the refugee crisis that will require huge EU expenses”. “To take in these conditions, and a large, disordered, chaotic, poverty-stricken and forever appealing money Ukraine is simply impossible,” he said.

“So I think that Juncker, as the representative of the realist wing in the EU, has formulated the position, which will adhere to the entire EU, at least its greater part, in relation to Ukraine. And since this is the most part, Ukraine has no chance (on EU membership) is not” – he concluded.