MOSCOW, March 4. Rosneft in 2016 plans to increase oil deliveries to Europe through the pipeline “Druzhba” on 3-5% in comparison with the year 2015, said on Friday the representative of the company. 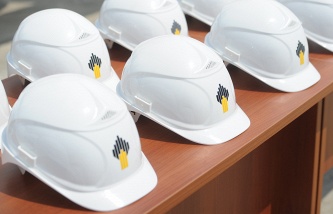 “Rosneft” expects to receive a gas export capacity to Europe

“Rosneft” conducts active work aimed at increasing the share of presence in the traditional markets, particularly in Europe. In this regard, in 2016 the company plans to increase oil deliveries to European consumers via the Druzhba pipeline by 3-5% compared to 2015 – to a level of approximately 28,7-29 million tons,” – said the representative of “Rosneft”.

The company noted that under the conditions projected by the European Commission of Euro area GDP growth at 1.7%, this confirms the actual strengthening of the position of “Rosneft” in the region. Rosneft plans to increase deliveries to Germany, Poland and the Czech Republic. “In particular, in December of 2015 and January of 2016 were signed additional agreements with PKN Orlen and Grupa Lotos S. A., including an increase in oil supplies to 2.4 million tonnes per year (6 to 8.4 million tons per year) to address PKN Orlen and 300 thousand tons a year (to 2.8 million tons per year) addressed to Grupa Lotos S. A”, – said the representative of the company, adding, also “Rosneft” has agreed about delivery of 4.8 million tons of oil per year to Germany to address Total Oil Trading within two years.

In 2015 the company supplied by the Druzhba pipeline to refiners in the EU, about 28 million tons, increasing by 5.4% the volume of supply compared to year 2014. Then it was put 26.5 million tons.

Earlier “Rosneft” noted that access to infrastructure supply chain, in particular to the oil pipeline “Druzhba”, ensures uninterrupted supply of raw material of oil refining capacities in Europe in order to maximize their economic efficiency. The increase in the supply of oil to the strategy of “Rosneft” on creation of shareholder value through improving the efficiency of crude oil, and is also consistent with consumers ‘ interests and strengthens energy security of Europe.