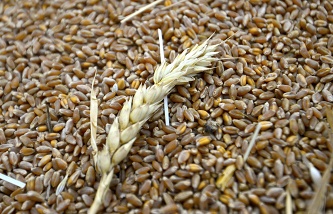 “We continue purchasing interventions on the grain market. The state has already purchased 1.6 million tonnes, while we planned to buy 2 million tons of grain,” – said he, stressing that while the Ministry of agriculture sees no reason to end the interventions.

Earlier some media reported about the possibility of complete grain interventions in Russia.

The forecast for the procurement of grain for the intervention Fund in the current agricultural year (until July 2016 – approx.ed.) estimated at 2 million tons.

State intervention in the purchase and sale of grain held in Russia since 2001 for stabilization of domestic grain prices. The state agent on carrying out an intervention in 2009 is the United grain company, the controlling block of shares belong to the state.

As it became known on March 1, the Ministry of agriculture of the Russian Federation has prepared a draft order on the limit levels of minimum prices for grain in the course of state procurement interventions in 2016-2017

As explained in the press service of the Ministry of agriculture, in the new draft order proposed to change the procurement price for barley and maize, the Ministry proposes to increase the purchase price of 500 rubles and 1 thousand rubles, respectively, compared to the changes made in the order price limits in October 2015.

Previously the Ministry of agriculture of the Russian Federation decided to abandon the division between grain interventions in the European and Asian parts of the country.