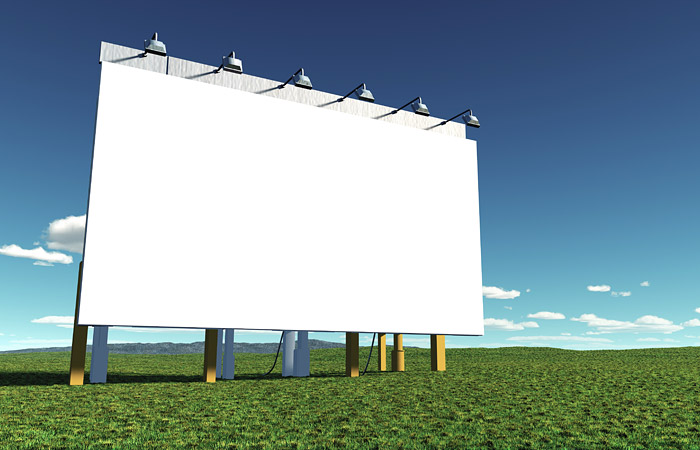 Moscow. March 2. Russian advertising market by the end of 2015 fell for the first time since 2009, but the dynamics were better than in the last crisis, and better than expected beginning of the year through the fourth quarter when advertisers have adapted to new economic realities.

According to the Association of communication agencies of Russia (ACAR), the advertising market in Russia last year decreased by 10% to 307,5 billion rubles (without VAT). The decrease was demonstrated by all segments of the market, with the exception of contextual advertising.

Dynamics were better than the forecasts of market participants: in October 2015, the General Director Vi Sergey Vasilev said that waiting for the falling market by 17% for the year. CEO of CTC Media Juliana Slaschova predicted a decline of 20% and the dynamics of the advertising revenue of the company at the market level (CTC Media has not yet published financial results for last year, for the first 9 months of the advertising revenue of the media group decreased by 23%, to 14.3 billion roubles).

The volume of advertising on cable and satellite channels, according to AKAR, in the past year fell by 38%, to 2.5 billion rubles. The losses were more modest in comparison with indicators of the beginning of the year: in the first quarter of this segment of the market fell to 59% after the entry into force of the amendments to the law on advertising to ban advertising on pay channels. Then the law was relaxed, and the pay channels have begun to get a license for terrestrial broadcasting in some regions, to reclaim the right to sell advertising. The coming year will be more successful for the market of advertising on niche channels, because the market is returned to Viasat, said at a press conference, the Director of marketing research ACWI Sergey Veselov. The operator of pay-TV channels Viasat (TV1000, “TV1000 Russkoe Kino”, TV1000 Action and other) purchases “national media group” also has received control over the Russian TV channels Discovery, which is already resumed sales of advertising.

The segment of banner advertising (market share of media advertising) was a sharp drop in the first half of 2015, the second – the dynamics of falling decreased significantly due to a more confident advertisers investing in new tools and strategy, said the research Director at Digital BBDO Ekaterina Filippova.

In her estimation, banner ads on desktops in 2015 fell 13%, to 12.6 billion rubles, while in 2014 the decline was 19%. The segment of online video grew by 28%, to 5.9 billion rubles, the volume of mobile media advertising has doubled, to 1.5 billion rubles, evaluates Digital BBDO. The flow of budgets to mobile advertising due to the emergence of a large number of ad networks, storage traffic to mobile sites and applications, as well as convenient systems of purchasing and planning, said Ekaterina Filippova.

On the first place among advertisers in banner advertising in 2015 Mars came through big budgets on video ads. Assessment Digital BBDO, the video is up to 80% of the cost of the player. A similar pattern is observed in all other major manufacturers of everyday products. They all moved into online video from 40 to 80% of advertising budgets.

Heaviest last year dropped advertising revenues of print media: 29%, to 23.3 billion rubles by the end of 2015. The volume of advertising in Newspapers fell by 20%, to 6.5 billion rubles, in magazines – by 29%, to 11.6 billion rubles, in promotional publications, by 38% to 5.3 billion rubles. The main sources of advertisements in the print media category fashion, beauty, cars, jewelry and watches, pharmaceuticals, and many companies from these sectors have great losses because of the crisis, said the head of marketing research Department of OOO “Hurst Shkulev Media” Alexey Ovchinnikov. In addition, some publications (especially advertising) go on the Internet.

The Russian market of marketing services at the end of last year, as the advertising market has decreased by 10% (up to 88.3 billion roubles). In this segment of the merchandising and trade marketing showed growth: the company “didn’t touch” budgets, because this channel of communication has a direct impact on sales in retail chains, said the President of the Russian Association of marketing services (rams) Alexander Popov.

The largest advertisers in the Russian market, despite significant reductions in spending, according to TNS, were Procter & Gamble with a market share of 2.9% against 3,55% in 2014. The company’s expenses on advertising, compared with 2014 fell by 27%.

Food manufacturer Mars last year lost to the second place of the pharmaceutical company Novartis (2.6% of market spending growth on 9%). The third largest advertising expenditure in 2015 was taken by the manufacturer of the goods for the house and personal care Reckitt Benckiser group PLC (2.4% of the market, the growth of advertising spending by 33%).

The telecommunications company has improved its position in the ranking of the largest advertisers in the past year. MTS has risen by 5 to 10 places, and “the Megaphone” – on 11 to 16, said Andrey Agafonov, Director of media research BrandScience. The growth of the advertising activity of the “big three” is associated, including, with access to the level of the fourth Federal operator Tele2, says the Agency.

Significantly weakened advertisers FMCG and retail sector. A significant reduction of advertising budgets was observed in the first half of 2015 due to uncertainty in the economic situation and aggravation of crisis sentiment. As a result, the company is the leader in this segment, such as Pepsico, Mars, L’oreal, Unilever, Danone and Ferrero has lost several points in the ranking, but has maintained a place in the top twenty of the largest advertisers.

Growth in the fourth quarter

Experts AKAR did not begin to give the forecast of dynamics of the advertising market in 2016, noting that all its segments, with the exception of advertising in print media, returned to growth in early 2016.

The market recovery began in the fourth quarter. ACAR has not yet finished the calculations of advertising volume for October-December, but the market has shown either zero momentum or a slight increase in comparison with IV quarter of 2014, said Veselov.

The reason for the improvement in the fourth quarter of the current during the previous months, the imbalance, says A. Agafonov from BrandScience. The reduction in advertising budgets in the beginning of the year could affect the fall of sales volume of the company increased investments in advertising in the second half. In the end, for example, on TV by the fourth quarter the demand for advertising placing was significantly oversubscribed. In particular, there is a shortage of advertising inventory, and even more channels to sell advertising minutes compared to the pre-crisis year 2014, and reallocate the inventory from regional TV on national TV to meet demand, primarily at the national placement, said Agafonov.