MOSCOW, March 4. The Bank of Russia has withdrawn from 4 March 2016 the license for banking transactions from Moscow commercial Bank “Rosavtobank,” said the regulator. 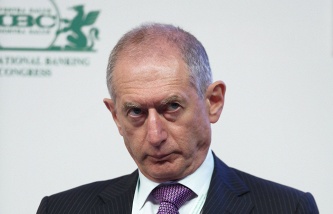 Proper evaluation of credit risk led to a complete loss of own means (capital) of the Bank. In addition, the Bank failed to comply with the requirements of the legislation in the sphere of combating legalization (laundering) of income obtained by criminal means and financing of terrorism. The credit institution was involved in questionable conduct of transit operations.

The management and owners of the credit institution failed to take efficient measures to normalise its activities, the report says.

In accordance with the order of the Bank of Russia in Rosavtobank appointed a temporary administration. The powers of the Executive bodies of the credit institution are suspended.

Rosavtobank is a member of the Deposit insurance system. According to statements by total assets of 1 February 2016 254 took place in the banking system of the Russian Federation.

The revocation of the license of the insurance company

Also, the regulator by an order dated 3 March 2016 withdrew the license for implementation of voluntary property insurance limited liability company “Insurance investment company”. According to the Central Bank, the insurer had not complied with the requirements of financial stability and solvency in terms of order and conditions of formation of insurance reserves.

LLC “Insurance investment company” was established in 2001. The main direction of its activity is the insurance of risks in construction. The office of the insurer is located in Omsk, however, the company has operations throughout the country.

In 2015, the Bank of Russia revoked the licenses of 102 insurance companies.