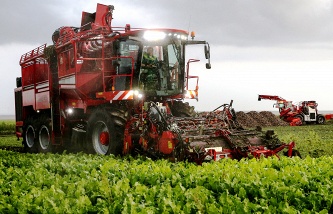 The volume of agricultural production in Russia grew by 40%

The theme of this forum was discussed at the wrap-up forum “Community”, led by Uvarkina. She explained that during the forum it became clear that the development of villages is largely due to the working NGOs and activists. It was decided to organize a series of regional forums that will be held in different cities of Russia with the aim of strengthening civil society and consolidation of efforts of authorities, local governments, public agencies and the expert community to implement the Strategy of sustainable development of rural territories of the Russian Federation.

“For the year will be about eight to ten forums in the “Village – the soul of Russia” in different regions of the country, and in the summer will be held all-Russian forum of the same name, on which, including, will be invited the most interesting and promising participants at the regional forums. For us it is very important to involve civil activists, because who like neither they who know best what you need and what you can offer to improve their own regions,” she said.

The idea of the forum and its called “Village – the soul of Russia” offered the winner of the award OP the Russian Federation “I am a citizen”, a civic activist Valentina Pogozheva from the Vologda region. Therefore, the first regional forum will be held in Vologda. 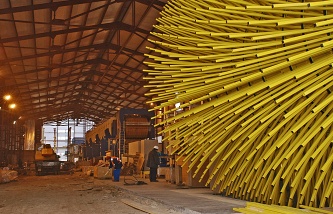 The first of nine forums active citizens of the Public chamber of “the Community” was held in Perm on February 27-28. The event was attended by over 800 people from all regions of the Volga Federal district. Also the forum was attended by representatives of the social business, deputies of different levels of government, representatives of Federal Executive authorities and representatives of the operators presidential grants. During the year the forums will be held in all Federal districts of Russia. The cycle will end with the final forum “Community”, which will be held in Moscow on 3-4 November.

Forums “the Community” is held by the Public chamber of the Russian Federation for the second time. Last year the forum took more than 10 thousand people. Representatives of NGOs and active citizens have made more than 300 proposals in the report on the state of civil society, which is traditionally presented by the President at the end of the year.