MOSCOW, March 3. /Corr. Andrei Kartashov/. The admission of independent gas producers to export to Europe possible in the future, and the decision should consider the interests of “Gazprom”, said the shareholder of “NOVATEK” Gennady Timchenko. 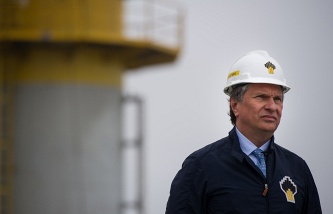 The newspaper “Vedomosti” reported on 2 March that “NOVATEK” – the largest Russian independent manufacturer of gas – asking the authorities to allow him to export gas to Europe through “Gazprom export”. The publication referred to in its possession a letter from the Minister of energy Alexander Novak, the Russian President Vladimir Putin of 18 February.

“If we’re talking about Europe, it seems to me that this is a serious issue for decision making at the state level. When this is done and the independent exporters will participate, including export supplies, I don’t know. Not sure what to do right now, although it is possible to think in the long term,” said Timchenko, who owns directly 14% of NOVATEK shares. Shareholders of NOVATEK are also the company’s head Leonid Mikhelson and the French Total.

Timchenko added that the decision should take into account the interests of “Gazprom” related to maintaining the balance of gas inside the country, as well as the expenses of the monopoly on the maintenance of reserve facilities and infrastructure.

“Today on the street in Moscow heat. Winter, and we have plus. When will be minus 30 or minus 40 (degrees), one would have to really increase the supply by tens of percent – it also happens. You need to have a reserve capacity that is needed only in these two or three weeks. But you have the whole year to keep. And who does it? It makes “Gazprom”, – said Timchenko. 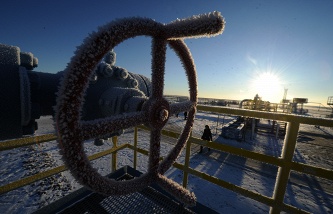 Media: NOVATEK requested the authorities to allow him to export gas to Europe through “Gazprom export”

Discussion on the admission to export markets independent gas producers, a list which, in addition to NOVATEK, includes “Rosneft”, is a long time. Independent producers achieved the right to export without mediation of Gazprom liquefied natural gas (LNG), in particular, NOVATEK will be able to send abroad the liquefied gas with the construction of the plant “Yamal LNG”.

Rosneft also initiated a discussion on the admission of independent producers to export gas to Asian markets through the pipeline “Power of Siberia”.

Gazprom currently has a monopoly of gas exports through pipelines. According to Timchenko, the monopoly position is due to the fact that the gas holding is “a very serious responsibility for the supply of gas both domestically and for export”.

“So this question is for me more philosophical. The decision should be left to the government, after considering and weighing all the “pros” and “cons”. And personally, I certainly would be glad and willing to supply gas for export,” – said Timchenko.