BEIJING, 6 March. /Corr. Oleg Trutnev/. The Chinese economy does not expect a hard landing, it will continue to evolve “within reasonable limits”. About this stated the head of the State Committee on Affairs of development and reform Commission of China Xu Shaoshi.

“The Chinese economy absolutely does not expect a hard landing. Predictions of a “hard landing” not true,” he said. 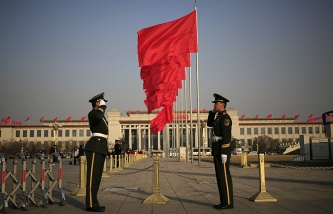 “We have the (necessary) conditions, the strength and confidence to ensure the development of the Chinese economy in a reasonable range in 2016”, – the official assured. Xu Shaoshi noted that the structure of the economy of China is constantly improving: to date, the contribution of consumption to GDP has exceeded investment, and the share of services exceeded 50%.

China will cut production of steel and coal

He also added that in the next few years will reduce the capacity of steel production to 100-150 million tons of coal, 500 million tons. 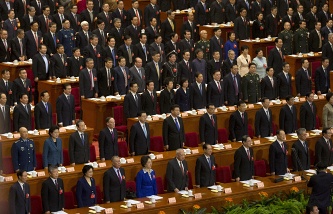 Xu Shaoshi ruled out the possibility of a sharp growth of unemployment in China after the reduction of a number of industries. “In General, I look at the labour market of the PRC with optimism,” he said. “I think that the large number of unemployed in China will not appear”, – added the official.

Industry in China is currently experiencing problems caused by excess capacity in some sectors and the General slowdown in the economy. Minister of human resources and social security of China Yin Weimin at the end of February stated that the Chinese authorities predict a decline of 1.8 million jobs in coal mining and metallurgical industries.

The situation in China will not have a negative impact on the stock markets of the world, he added.

“In January of this year, stock market of China has experienced some fluctuations, then the instability was observed on the stock markets of Europe and USA. Some say it was caused by the fluctuations of the Chinese stock market. These statements exaggerate the capabilities of the PRC, we do not provide so large effects on the external world,” he said.

“Talk that the Chinese economy is slowing down world economy, not have under themselves no bases”, – said Xu Shaoshi.

In the beginning of this year stock markets of the PRC has experienced significant declines. At the end of January, the value of Shanghai Composite index, reflecting the situation on the Shanghai stock exchange, dropped to the lowest level in 13 months.