The need for decriminalization of several articles of the criminal code in the Supreme court explain the fact that in the case of minor offenses the negative consequences of a criminal record is disproportionate to the nature of the offense. 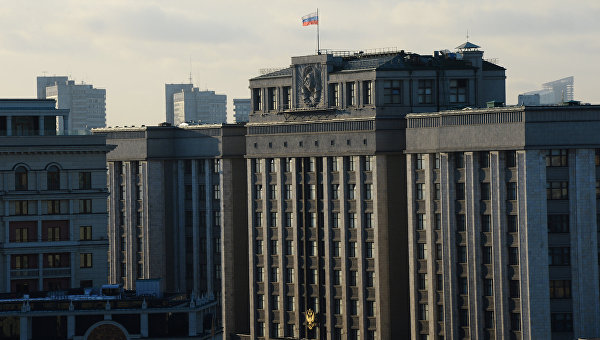 MOSCOW, 26 Feb. The state Duma meeting on Friday adopted in first reading the draft law of the Supreme court on the decriminalization of several articles of the Criminal code, among them beatings, threats of murder or infliction of grievous bodily harm, malicious evasion from payment of means for the maintenance of children or disabled parents and the use of falsified documents.

The President of Russia Vladimir Putin in the message to the Federal Assembly of the Russian Federation asked the Duma to support the idea of the Supreme court on the decriminalization of several articles of the Criminal code. The head of state noted that the law must be harsh to those who have committed serious crimes, including the threat to people’s lives, but “must be humane to those who have done something wrong.”

As explained by the Supreme court, the General form of the priors is characterized by the fact that almost every second person is sentenced for a minor offence. In 2014, from 719 330 thousand thousand of prisoners convicted for crimes of small severity.

“Meanwhile often acts today as crimes of little gravity, or persons who have committed them do not have sufficient degree of social danger. The negative effects of criminal convictions in such cases (and not only for the convicted, but also for its close relatives) is not quite adequate to the nature of these acts or the identity of the condemned”, — stated in the accompanying materials.

The way out of the situation, according to the developers, would be the decriminalization of certain offences under the Criminal code of the Russian Federation, as well as the liberalization of the criminal law in such ways as increasing the amount of plunder of another’s property, from which there comes criminal responsibility, and the extension of the grounds of exemption from criminal responsibility.

After receipt of the bill in the lower house of Parliament some deputies of the state Duma and the Federation Council members voted against the decriminalization of article about malicious evasion from payment of the alimony, arguing that the proposed changes will increase the number of such crimes.