SEOUL, March 8. The Republic of Korea informed Russia of withdrawal from the logistics of the project Hasan – Rajin railway section in connection with toughening of sanctions against Pyongyang. This was reported by the Agency Renhap. 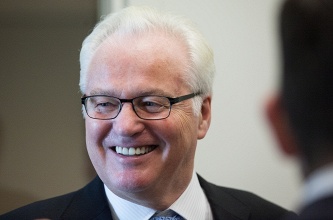 According to Agency sources in the South Korean government, a notification was sent to the Russian side on Monday through diplomatic channels. According to information from the Agency, later Seoul is expected to announce the introduction of a new package of sanctions against the DPRK, which, among other things, may imply a ban on entry into the territorial waters of the country of ships that had previously called in North Korean waters. As explained Yonhap, the project Hasan-Rajin railway section will be subject to these restrictive measures South Korea.

The comment of the Russian Embassy in Seoul on this account at the moment could not be obtained.

The project Hasan-Rajin with the Russian Railways seeks to implement the supplies of Russian coal through the North Korean port of Rajin to South Korea and China. 2014 participating South Korean companies have carried out three test shipments of anthracite. After the DPRK’s launch of a rocket on 7 February this year, the South Korean side announced the suspension of consultations on the occasion of the signing of the agreement about participation in this project.

The agreement to begin the reconstruction of the railway line from the Russian station of Khasan to the Rajin port and this as a pilot project to restore the TRANS-Korean railway was reached in 2006. The project started in October 2008 when an agreement was signed between Russian Railways and the Ministry of Railways of the DPRK on cooperation in its implementation.

In October of 2011 from Russia to the Rajin was a demonstration container train, which opened freight traffic between the two countries. In the future, when there will be links throughout the TRANS – Korean railway from the South Korean port of Busan through North Korea to Russia – there will be an opportunity to refocus on the Russian TRANS-Siberian significant portion of goods are currently going by sea from South Korea to Europe.

Adopted on 2 March the UN Security Council resolution 2270 provides for an embargo on the export from the DPRK of a number of minerals, including coal. However, at the insistence of Russia, the document included a paragraph, according to which this prohibition does not apply to sourced outside the country’s coal, “the transportation of which was carried out across North Korea exclusively for export from the port of Rajin”.