MOSCOW, March 7. After the resumption of flights and sale of tours to Egypt the price of permits remains unchanged, the Vice-President of the Association of tour operators of Russia (ATOR) Dmitry Gorin. He told about it on air of radio station “Russian news service”. 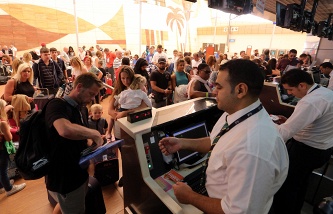 “Egypt is a budget direction. The average check is $800 per person, including flights and accommodation at the hotel, with transfers. In the currency value does not change. Only – depending on the exchange rate may be adjusted ruble equivalent. So clearly there will be some special offers, the terms,” he said.

According to Gorin, the Association of tour operators expects the Egyptian opening direction due to the special status of Egypt to the Russian tourism companies and tourists themselves.

“I want to remind that many travel companies our clients have deposits in Egypt, which can be used in case of resumption of air traffic and, accordingly, the registration of tourist vouchers. Received signals from different countries of the world. We know that the UK plans in may to open air communication. And I really hope that in Russia in the near future tourism will be resumed contacts with Egypt,” said the Vice President ATOR.

According to the forecast of Association of tour operators, the tourist flow from Russia to Egypt after the opening of the flights will recover fairly quickly.

“Now the Egyptian resorts filled by 20%. And, remembering how it was in the past the closure of Egypt, we can say that the Russian market is recovering the quickest. And we very much hope that the pre-tourist flows, which amounted to 300 thousand people per month, will increase”, – said Gorin. 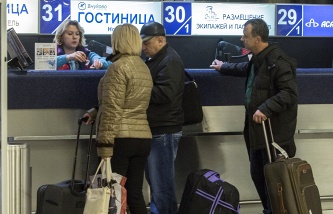 Turkey and Thailand instead of Egypt: Russian tourists react to the cancellation of flights

Earlier, Prime Minister of Egypt Sherif Ismail said that over the past four months, the Treasury were missing about $1.3 billion As announced in this regard, the Minister of tourism Hisham Zaazou, the tourism sector of a country is the most serious in the last 20 years the losses after the disaster, the industry monthly loses 2.2 billion Egyptian pounds ($283 million). In addition, according to him, during this time in resort towns were closed on 25 hotels in Hurghada, 14 and 11 in the South Sinai. In 70 hotels occupancy rate fell to zero, however they have not yet closed.

The number of tourists from Russia to Egypt was suspended after the crash on 31 October 2015 the plane of the Russian airline “Kogalymavia”, flying from Sharm El Sheikh to St. Petersburg. The plane was carrying 217 passengers and seven crew members, none survived. In November, the head of FSB Alexander Bortnikov reported to Russian President Vladimir Putin that the cause of the crash was a terrorist attack, carried out using an improvised explosive device with power up to 1 kg in a trotyl equivalent.