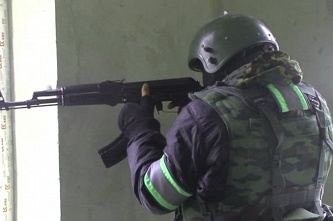 10 years ago, on 6 March 2006, President Vladimir Putin signed the Federal law “On countering terrorism”. The document replaced the Federal law “On combating terrorism” of 1998 and was directed not only at suppression, but also on the prevention of terrorism in all its forms and manifestations. Earlier in the same year was created the interagency coordinating structure – the national anti-terrorist Committee (NAC).

Russian and foreign experience of anti-terrorist activities has shown that terrorism cannot be effective, if only to respond to the crimes committed. We need to actively create the conditions under which the minimum should be reduced as the possibility of a terrorist act and its implications

In an interview to “Rossiyskaya Gazeta” Patrushev has identified the main differences between the 2006 act from the previous one:

In the prevention of terrorism and elimination of its consequences will have to employ all authorities and local self-government, to identify and eliminate the sources, to block the channels through which the financing of terrorist activities. It is very important to form such socio-economic conditions, which would prevent the creation of an environment that provides the terrorist organization’s human resources. Not less true to form in society a negative attitude towards acts of terrorism

What preceded the reform

The reason for the reform of counter-terrorism in Russia was the terrorist attack in Beslan (Republic of North Ossetia – Alania), done in early September 2004. September 16, Putin signed a decree “On urgent measures on increase of efficiency of fight against terrorism”, according to which the Federal security service (FSB) of the Russian Federation and relevant ministries and agencies had to develop new concept of anti-terrorist security in the country. This concept was reflected in the normative acts adopted in 2006.

The Tragedy Of Beslan

1 September 2004, militants seized more than 1 thousand pupils of school No. 1, their relatives and teachers. September 2 after talks with former President of Republic Ingushetia Ruslan Aushev, the bandits have freed 25 women and children. On 3 September the school began shooting and explosions, it was forced to begin the assault. Most hostages were released, 335 people died. Among the dead 186 children, 17 teachers and school staff, 10 employees of FSB of Russia, two employees of the Ministry. The militants were killed, survived only one of Nurpashi Kulaev (in 2006 sentenced to death, commuted to life imprisonment because of a moratorium on executions). Responsibility for the attack claimed by international terrorist Shamil Basayev (liquidated in 2006).

Among the attacks prior to Beslan:

The first law on combating terrorism 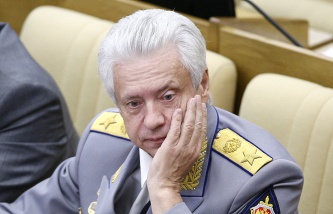 “The fight against terror in the 1990-ies was gathering momentum. This is a political criminal and at the same time, the phenomenon was transformed into a serious threat to national security. Increasingly recorded the kidnapping, hostage-taking, hijacking, bombings, acts of violence in ethnic and religious conflicts, direct threats and their implementation, etc. Required urgent rethinking risen in all growth problems, not only legal, but philosophical, ethical, linguistic, geographical, technical, other things,” told the Deputy of state Duma, special representative of the OSCE parliamentary Assembly on counter-terrorism, Nikolay Kovalev, who was in 1996-1998 as Director of the FSB of Russia.

A separate law “On combating terrorism” first appeared in Russia in 1998, he recalled. Information support to legislators, according to Kovalev, steel anti-terrorist legal acts already adopted by foreign countries:

In the Federal law of 2006 was taken into account eight years of confrontation and terrorism in the state and in the international arena.

Terrorism is identified as an ideology of violence and practice of influence on decision making by state authorities, local self-government or international organizations connected with frightening the population and (or) other forms of illegal violent action

The suppression of the financing of terrorism

An integrated approach involves anti-terrorist policy and economic responses. Since August 2001 in Russia the law “On countering the legalization (laundering) of incomes received by criminal way, and terrorism financing”.

“Terrorist groups are not able to function effectively without financial support. Need money to terrorists to buy arms, explosives, ammunition, food, travel, accommodation, organization of terrorist acts, etc. For obtaining money or terrorists come into the Union with organized crime (narco etc.), or they get Finance through the criminal. In any case, they become stewards of “dirty” money, so to keep them in legal traffic, without attracting attention, the terrorists are forced to do their laundering”, – said Kovalev on the question of the necessity of the adoption of this law. 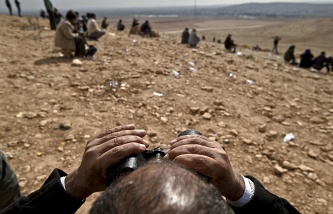 Financial intelligence unit of the Russian Federation, Iraq, Iran and Syria agreed to the suppression of the financing of the IG

The suppression of the financing of terrorism is carried out primarily by the Federal service for financial monitoring (FSFM).

“The basis of the activities of financial intelligence is the principle of priority use of banking institutions to combat money laundering. As the banking system, especially in the era of globalization of financial services most exposed to the risks associated with money laundering. The FSFM maintains close contacts with real estate agencies, as a tangible part of the criminal money legalized by the acquisition of property”, – explained the MP.

The international monetary Fund estimates the total amount of money laundered worldwide in 2-5% of global gross national product. According to two decades ago, it was about $590 billion to $1.5 trillion. I don’t think the figure for last year was reduced. Elementary analysis of the list of documents of the UN, SCO, CIS, CSTO on fight against terrorism and its financing shows that the severity of the problem increased from year to year

Kovalev reminded about the history that occurred in the Krasnoyarsk territory in 2013, when Islamists in social networks was about money allegedly to help the victims of the “sisters in faith”.

“To raise funds the terrorists have posted in the open access Sberbank card number (“our account the money will be transferred to the account of “sisters”, and there will be reports”), mobile phone and number “Yandex-purse”. In the absence of money was offered to help “sisters” food or clothing, it was necessary to send a personal message to the performer of the action. In the end, the terrorists were quickly able to collect more than one million rubles. And the money was spent not to help the widows, and for bribing officials who deal with the cases of detained or convicted terrorists,” – said Kovalev.

To counter such practice in Russia since 2011, the Federal law “About national payment system”.

Kovalev admitted that to identify offenders is not easy “the money is transferred in different parts of the world instantly, and the practice of international requests, the operational procedures will require the following formalities: language translation, collect evidence and supplementary materials that plays into the hands of schemers”. However, they are still regularly detained, “as evidenced by the practice of the FSB of Russia”.

“The work of the FFMS is carried out with clear reference to the International Convention for the suppression of the financing of terrorism and other international instruments of similar type, signed and ratified by the Russian Federation”, – said Kovalev. Among the key document it notes the resolution of the UN Security Council dated 17 December 2015 – requires States to combat terrorist financing through, inter alia, the freezing of assets.

31 December 2015, Vladimir Putin approved an updated national security strategy of the Russian Federation, in which the problem of terrorism is the second largest among the major threats to state and public security.

The document spelled out ways to counter the spread of radical ideology, its promotion in the media. The author stresses the importance of enhancing the protection against terrorist threats to critical infrastructure, individuals, society and the state in General

New powers of the FSB

The day before, 30 December 2015, also signed amendments to the law on the Federal security service, regulating the use of weapons, special means and physical force by the employees of the FSB. The law provides for the right of intelligence personnel to take fingerprints at the border of the Russian Federation the persons who, according to the Agency, can be recruited into terrorist activities.

Senator: law on the use of weapons does not give the FSB the exclusive rights

Assessment Kovalev, the new powers of the FSB is quite in line with world trends in the sphere of fight against terrorism and based on the results of practical activities, first of all, anti-terrorist units.

“In some foreign countries, for example, in Israel, where terrorist threats are looming over society from the moment of gaining state sovereignty, an act of terrorism is equated to war. For example, as soon as it becomes aware of the place of residence of the terrorist, there extends a bulldozer and armored vehicle to destroy the house in which the offender lived. The home of the terrorist will be destroyed immediately, by the end of a single day. This is done to ensure that terrorists, passionately loving his home, but heartlessly destroy the pockets of other people, remained without a roof over his head, felt himself in the victim role, feel that they have justice,” he quoted the example of the MP.

In his opinion, the clarification of roles of security personnel on the use of different non-lethal weapons is understandable and absolutely justified.

“Intelligence agencies reasonably foresee continuing secretive “flow” of militants DAISH (Arabic name, not the terrorist group IG – ed.) from Syria and the Middle East in various States, including, and to Russia with terrorist intent. the Deputy said. – That is why such law is, among other things, a prophylactic barrier to entering the Russian citizens that may be involved in illegal activities”.

At the end of 2015, the Chairman of the state Duma Committee for security and combating corruption Irina Yarovaya announced new anti-terrorism package of bills, which will take into account international practice. Taken by the deputies of the initiative “are always checked by time”, the MP said.

Perhaps today we can confidently say, that time implemented the anti-terrorism package (of laws) on the fact of today is of great practical importance to build a system to protect society, primarily Russian citizens from terrorism

The speaker of the Federation Council Valentina Matvienko, in turn, assured that the upcoming amendments to anti-terrorism legislation does not contravene the Constitution and the rule of law. According to her, the package of amendments contains “certain refinements and additions in order to create the conditions for an effective fight against terrorism”. The Russian authorities do not intend to “tighten the screws” to infinity and to expand the powers of intelligence agencies, said the Chairman of the upper house of the Russian Parliament.