BRUSSELS, 9 March. /Corr. Denis Dubrovin/. Meeting the Deputy head of “Gazprom” Alexander Medvedev and the European Commissioner for competition Margrethe Vestager antitrust investigation ended in Brussels. Alexander Medvedev and Deputy Minister of energy of Russia Anatoly Yanovsky has left the building of the European Commission, commenting on the results of the meeting.

“The talks were held in a constructive key”, – told reporters, Alexander Medvedev. 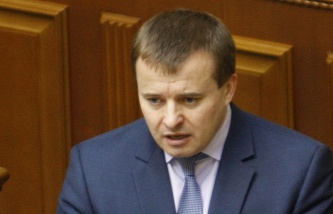 “Gazprom” in January-February, has put in the far abroad of 29.3 billion cubic meters of gas

Timchenko: the admission of independent gas producers to export to Europe possible

The penalty in this case can be up to 10% of the proceeds of “Gazprom”, that is in 7-8 billion euros, but the EC and Gazprom are considering the possibility of settlement of this investigation in “pre” format, i.e. without fines.

Previously, the European Commissioner for competition stated that in the negotiations the EC and Gazprom antitrust investigation is making progress.

“We are discussing obligations (“Gazprom” for settlement of claims by the EC) on a technical level, and on my. While not all resolved, but things are moving forward as a formal procedure,” said Vestager.

At the end of September 2015, the EC and Gazprom began “technical advice on the antitrust case and the proposals of “Gazprom” in his decision.” The parties do not exclude the resolution of this case “without penalty or with a reduced level of fines.”

On 15 December in Brussels held a closed hearing, during which Gazprom expressed its disagreement with the conclusions of the European Commission about violations of the European competition rules, as reported to journalists the Deputy head of the Russian gas holding Alexander Medvedev.

The company believes the erroneous methodology of the assessments the EC

Delegation “Gazprom” led by Medvedev in the course of the hearings presented the facts and analyses on the items of the statement of claim filed by the European Commission during the investigation. Gazprom has requested an oral hearing to demonstrate why the company believes the charges are unfounded and EC is based on significant methodological errors.

In particular, Medvedev said that the company does not agree with the conclusions of the European Commission on “excessive prices” for gas “Gazprom”.

The company also believes that the European Commission during the investigation, insufficiently takes into account the norms of public international law, in particular in the part related to the “market segmentation” and accusations of “restriction of competition”. As pointed out by Medvedev, most commercial contracts of “Gazprom” in the countries under review were signed in the framework of intergovernmental agreements, which must be taken into account.