MOSCOW, March 8. The Russian foreign Minister Sergey Lavrov discussed with his Egyptian counterpart Sameh Shukri on the phone practical issues of cooperation on the regional agenda, with emphasis on the situation in Syria. 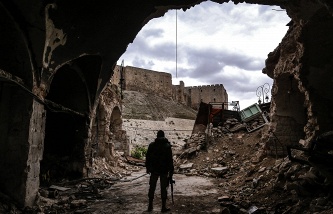 Aleppo: a truce on the ruins

This was reported in the Russian foreign Ministry on the results of telephone conversation of two Ministers.

“In the development of March 7 telephone conversation of the President of Russia Vladimir Putin with President of Egypt Abdel Fattah al-Sisi discussed practical issues of cooperation between Moscow and Cairo, including in multilateral formats, on topical issues of the regional agenda with emphasis on the situation in Syria, – informed the Russian dipvedomstva. Both sides noted with satisfaction the steady progress of implementation enshrined in UN security Council resolutions agreement on the cessation of hostilities, the improvement of the humanitarian situation and an early launch of inter-Syrian dialogue between the Syrian government and the opposition under the auspices of the United Nations in Geneva”.

On both sides, continued in Ministry of foreign Affairs, was “particularly stressed the need not to delay the start of negotiations and to ensure the participation of representatives of the entire spectrum of the opposition”.

The Ministers also exchanged views on ways to promote the resolution of the Libyan crisis and conflict in Yemen.