MOSCOW, March 8. The official representative of the Russian foreign Ministry Maria Zakharova doubt that the author of the Declaration, urging “the immediate release Savchenko from prison”, really is the U.S. Secretary of state John Kerry. 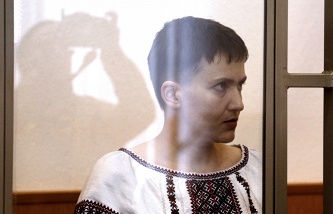 My doubts she shared on her page on the social network Facebook.

According to Zakharova, Kerry can’t “not understand that the publication of the calls for the release of the defendant the day before the court is a direct pressure on the court to affect its decision”, and “don’t know what in the Minsk agreements is not a word about N. Savchenko, and no one there case described her case does not fall”.

The U.S. state Department issued on March 7 a statement by Kerry in which he claimed that Russia violates the Minsk agreement, continuing the trial Savchenko, and called for “immediate let her go free.”

Nadezhda Savchenko is accused under three articles of the criminal code of the Russian Federation, including under article “Murder”. According to the investigation, as an officer of the armed forces of Ukraine, she led in June 2014 the adjustment of the shelling of the checkpoint of the militia LNR, where Russian correspondents VGTRK. In the shelling of journalists Igor Kornelyuk and Anton Voloshin were killed. The trial against Savchenko began on 22 September last year.

Zakharova reminded Kerry about the “victims of American Levadia” – bout, Yaroshenko and other, “which Washington for many years is not going to “immediately release” and provides medical care only after the intervention of the Russian foreign Ministry”. She also recalled the investigation into the murder of Russian journalists Kornelyuk and Voloshin in the investigation of which, according to Zakharova, the state Department has not shown any interest.

“Before you post such statements, it would be worthwhile to decide: whether the extraterritorial application of rights is lawful or not,” concluded the statement Zakharova.