ST. PETERSBURG, March 9th. /Corr. Svetlana Afonina/. Arbitration court of St.-Petersburg and Leningrad region has accepted to consideration the statement of the Raiffeisen Bank, in which he requires to be included in the register of creditors of the businessman and theatrical Manager Vladimir Kekhman their requirements in more than 420 million rubles. 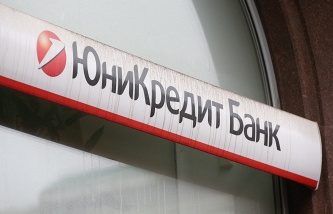 “As part of the bankruptcy case Kekhman, Vladimir Abramovich in the court received the statement of JSC “Raiffeisenbank” on the inclusion of requirements in the register of creditors of the debtor in the amount of 420 732 148 rubles 45 kopecks”, – said in a ruling published on the court’s website. The Bank’s claim will be considered on April 28.

In December 2015, the Tribunal upheld the claim of the savings Bank and initiated the procedure of bankruptcy Kekhman as individuals: the debt restructuring. He also approved the debt Kekhman to Sberbank in the amount of 4.3 billion rubles. Later their demands said other creditors, including UniCredit Bank (1.07 billion), PSB (1.7 billion), ROSBANK (231,6 million). Their validity has not been confirmed by the court.

In the process of bankruptcy is also the JFC group on the import and sale of bananas, the founder of which is Vladimir Kekhman. Amount of debt of the company exceeds 18 billion rubles. The number of loans a businessman vouched personally. He later stated that he had been deceived by their top managers. Kekhman also working in leadership positions at the Mikhailovsky theatre in St. Petersburg and in Novosibirsk theatre.