CHERKESSK, March 9. The main infrastructure project of the Karachay-Cherkessia, which are to be implemented, the head of the Republic Rashid Temrezov believes the construction in the region of the airport. He declared it in interview to the portal “the Caucasian” in the special project “the First people of the Caucasus”. 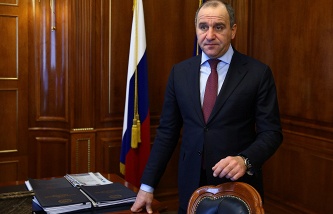 Kremlin: Putin instructed Temrezova perform the duties of the head of Karachay-Cherkessia

“If we can build a airport, I’ll take that as a huge victory. So, no wonder I worked as the head of the region”, – said Temrezov.

Now Karachay-Cherkessia is the only region of the North Caucasus Federal district, not having on its territory the airport. The Republic actually serves the Mineralnye Vody airport in Stavropol Krai. From the point of view of transport accessibility of Karachay-Cherkessia is, according to Ascribes, in a deadlock, and this situation must change.

“In the Republic of only 325 kilometres of Federal highways. In a sense, “dead-end branch”, be rested everywhere in the mountains. We have no airport, no direct railway communication with Moscow. Nearest major transport nodes are located in the Stavropol region, it’s Mineralnye Vody and Nevinnomyssk”, – says the head of the region.

The Republic would cease to be a “dead end” and in case of successful realization of another long-discussed project – direct road links with Sochi through the hill country, said Temrezov.

“Still – full of happiness – making way to Krasnaya Polyana. The distance is not too great. From Cherkessk to Adler – 273 kilometers, two hundred laid, were seventy. And this track can be year-round. The region will receive a totally new direction!” – said the head of the Republic.

Temrezov directs Karachay-Cherkessia in 2011. The term of office Temrezov, the head of the region had expired on March 1, the President of Russia Vladimir Putin by his decree appointed him acting head of the Republic until elections in September.