MOSCOW, March 9. The unwillingness of the Russian dairy industry from March 2016 to issue veterinary accompanying documents for packaged drinking milk can lead to production losses and halt shipments of milk to stores across the country, writes in Wednesday newspaper “Kommersant”. 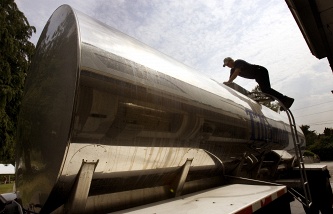 According to the publication, the national Union of milk producers (“Soyuzmoloko”, it includes Danone and PepsiCo) referred to Deputy Prime Minister Arkady Dvorkovich, the head of the presidential administration Sergei Ivanov and the Deputy head of the Ministry of economic development Oleg Fomichyov with a request to recall the order of the Ministry of agriculture N648, registered by Ministry of justice on 17 February 2016. As follows from letters to officials (a copy is in “Kommersant”), the order requires manufacturers of packaged drinking milk to issue veterinary accompanying documents (IRR) paper reference and evidence in respect of each batch of product produced from March 2016.

For market participants the order of the Ministry of agriculture came as a surprise, the newspaper said. “The order was developed without public discussion and adopted with obvious violations… procedures of regulatory impact assessment”, – stated in the letters of Union.

PepsiCo (brands “the small House in village” “Cheerful Molochnik”) believe that the order is contrary to the law “On veterinary medicine”: according to it, drinking milk is included in the number of goods (for example, condensed milk and butter), the IRR has to be applied only from 1 January 2018 and in electronic form only. “In fact, since March of this year can be discontinued and can be stopped the supply of drinking milk to retail outlets, because none of the market participants cannot comply with the requirements of this document,” said communications Director PepsiCo Marina zibareva. 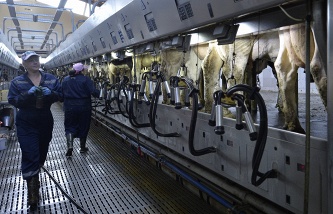 The potential daily volume losses of raw milk and products locked in the “Soyuzmoloko” estimated at 3 thousand tons the Production of milk with a VSD will require staff increases for thousands of employees, upgrading of lines, change business processes, production control, warehouse and “lot”, says Director of public relations and state bodies figures in Russia (“Buttermilk”) Marina Balabanova. Because of this, she said, will increase the price of milk. “If to impose costs on the veterinary in the form in which it exists now, the price of the product, they will add to the selling price of approximately 10%,” she says. In PepsiCo prognosis the cost growth of 5.5-5.9 per cent.

The press service of the Ministry of economy stated that the letter from “Soyuzmoloko” the office has not yet been reported. “The letter was seen, it worked out,” said press Secretary Dvorkovich Aliya Samigullina.

In networks Auchan, “Azbuka Vkusa”, “Globus”, “Tape” and “Diksi” have informed that yet did not receive from suppliers any information about possible problems with supplies – now shipping are normally.