MOSCOW, March 5. “United Russia” regrets that the Communist party did not dare to try out the practice of seeking candidates for election to the state Duma through the primaries (the primaries). 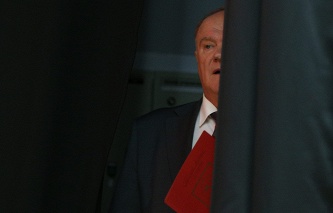 “We regret that the leadership of the Communist party did not dare to propose candidates for open popular voting”, – told journalists today the Deputy Secretary of the General Council “United Russia”, Vice-speaker of the state Duma Andrey Isaev, making comments on statements of the leadership of the Communist party that the party candidates will be to choose without the help of voters.

According to him, the Soviet experience of nomination of candidates was not always effective. “We hear the story of the Communists about how “primary”, and then the conference will carry out the nomination. But we, Soviet children, know well, how do you solve the “primary”. We all have frequent experience of elections from one candidate,” – said Isayev.

He believes that the Communist party is just afraid to try new efficient technologies in search of candidates. “The Communist party has preserved an old practice and brought it into the twenty-first century. The statement (the CPRF leader Gennady) Zyuganov lacks only the words about the inviolability of the bloc of Communists and non-party”, – said Deputy Secretary General Council of United Russia.

Earlier, Zyuganov and Deputy Chairman of the CPRF Central Committee Vladimir Kashin criticized the procedures for the preliminary ballot, which is held by “United Russia”.

So, Zyuganov claimed that “the primaries just don’t decide – they had to decide money and large capital.” The system of selection of candidates from the Communist party he called the most democratic in Russia, as “we (the Communists) from the bottom of each proposed candidate.” As explained, in turn, Kashin, the Communist has a “system party organization, with municipalities, with “primary” looks and nominates its candidate, which comes to the top of the regional conference, and then (go through the approval of approx.TASS) at the Plenum and at the party Congress”.

February 15 at “an United Russia” has started the nomination to participate in the primaries (the primaries) for the selection of candidates for elections to the state Duma. Till April 15, must have completed the registration process of participants. They may be either members of the party or non-party.

The primaries will be held across the country on may 22. They will be secret and rating. This means that each voter can vote for one candidate, but for multiple in each list. The party leadership hopes that this will help to identify opinion leaders. Directly on the eve of the primaries, the candidates will meet with voters and other campaign events and participation in them is mandatory.

For the preliminary voting was created by the Federal organizing Committee, as well as regional 85. About a third of their members – representatives of public associations, mass media, leaders of public opinion.