MOSCOW, March 10. A member of the party “Parnas” Natalia Pelevin has become another suspect in the criminal case about the riots on Bolotnaya square in Moscow in may 2012.

This was reported by a source in law enforcement bodies.

“Pelevin questioned as a suspect in the case, and then resolved the issue of its measure,” – said the Agency interlocutor.

In the apartment Pelevina March 10, investigators searched the house, after which she was taken for questioning to the Investigative Committee.

The events on Bolotnaya square

May 6, 2012 authorized an opposition rally on Bolotnaya square escalated into riots. According to the Main Department of MIA in Moscow, in the action participated about 8 thousand people.

Affected more than 30 police officers, several dozen people were injured. On the same day for illegal actions were arrested more than 430 people. The investigative Committee opened a criminal case under part 3 of article 212 (Mass riots) and part 1 of article 318 (“Violence against representatives of authorities”).

The court has sentenced to 2,5 years of imprisonment of the defendant in the “Bolotnaya case” Ivan nepomnyashchih

January 10, 2013, it was merged into one proceeding with the criminal case against coordinator of the opposition organization of the Left front Sergei Udaltsov, his assistant Konstantin Lebedev and Leonid Razvozzhaev, an assistant state Duma Deputy Ilya Ponomaryov.

October 5, 2012 on NTV showed the film “Anatomy of protest-2”, which presents footage of Udaltsov, Lebedev and Razvozzhaev are negotiating with the head of parliamentary Committee of Georgia on defence and security Givi Targamadze and discussing the issues of preparation of mass riots in Russia. A few days later, on October 17, the Main investigation Department of the investigative Committee opened a criminal case under part 1 of article 30 and part 1 article 212 of the criminal code (“Preparation for organization of mass riots”).

During the investigation the victims were found about 85 people, the business scope was 90 volumes. The damage from the riots is estimated at 28 million rubles as the accused were involved in more than 30 people. 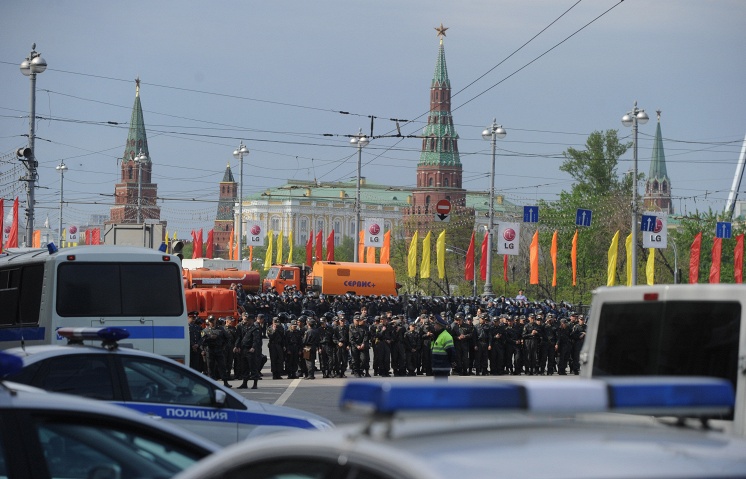