MOSCOW, March 10. The outflow of capital from Russia in January-February decreased five-fold and amounted to $5.9 billion versus $29.2 billion in the first two months of last year. This is a preliminary assessment of the Bank of Russia published on Thursday on the website of the regulator. 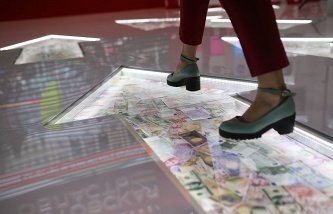 MAYOR: the outflow of capital from Russia in 2015 is $57 billion

“The net outflow of capital from the private sector for the first two months of the year continues to be minimal, amounting to estimated $5.9 billion”, – stated in the materials of Bank of Russia.

The Bank of Russia predicts by end of 2016 capital outflow at $53 billion, however, the Outlook could be revised on 18 March.

Reducing outflow of capital contributes to the reduction of payments of Russian companies on external debts.