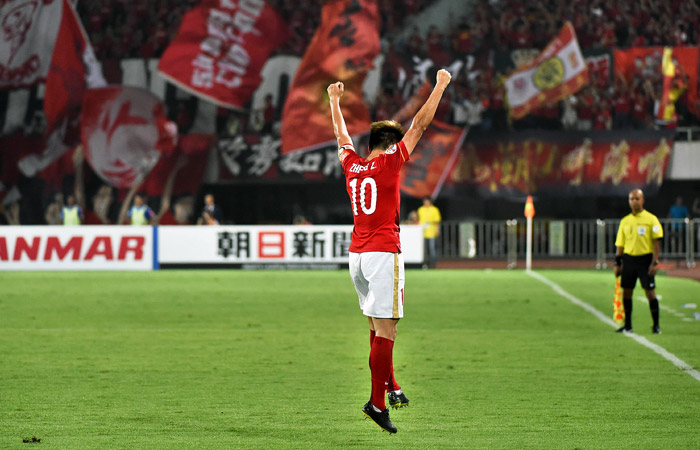 Moscow. March 9. Chinese “Guangzhou Evergrande” after the sale of the shares on the stock exchange has become the most expensive football club in the world, ahead of Madrid “real” and “Manchester United”, informs the Agency “Xinhua”.

“Guangzhou Evergrande” (Guangzhou Evergrande) Monday completed the placement of 36 thousand of its shares at the price of 55 yuan for a total amount of 1.98 million yuan (about us $300 million) on the Chinese exchange, the National Equities Exchange and Quotations (NEEQ).

Capitalization of Manchester United, whose shares are traded on the new York stock exchange (NYSE) at the close of trading on Monday stood at $2,35 billion Thus, previously, the British club was the most expensive in the world among listed on the stock exchanges.

If we consider all the world of FC (including not traded on exchanges), the market value of “real” is $3,26 billion, Barcelona $3,16 billion, according to Forbes.

However, the income of European and Chinese football clubs are not comparable. Over the past three years “Guangzhou Evergrande” earned on average approximately $61 million, while the income of MU amounted to about $400 million.

“Guangzhou Evergrande” was founded in 1954. His head coach is Luiz Felipe Scolari. The club is known for its loud acquisitions, in particular, last winter he bought for $42 million striker Jackson Martinez. For Chinese FC are also such famous players as the Brazilians Paulinho and Ricardo Goulart.

The club became the champion of the Chinese super League five times in a row since 2010.