The occasion was the disqualification of several Russian athletes from competition due to the use of Meldonium. “In fact, we’ll go to Rio de Janeiro with bells, accordion, accordions, folk artists, but without athletes,” said Vice-speaker of the state Duma. 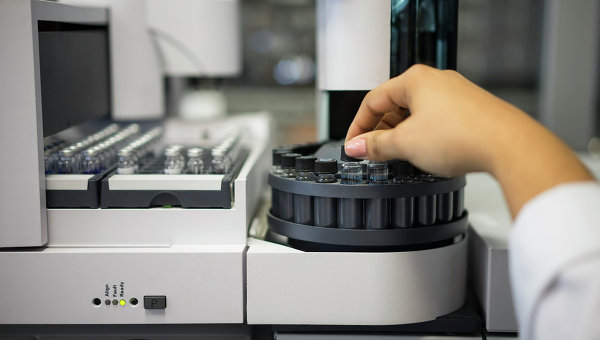 MOSCOW, 9 Mar. Vice-speaker of the state Duma Igor Lebedev proposes to discuss the draft law on the criminalization of doping and to convene an urgent meeting of the Russian Olympic Committee.

In recent days, due to the use of Meldonium from competition was removed several Russian athletes: figure skater Ekaterina Bobrov, tennis player Maria Sharapova, short of Seeds Elistratova speed skater, skater Paul Kulizhnikov and volleyball player Alexandra Markina. The Minister of sports Vitaly Mutko has previously said the Agency “R-Sport” that is not excluded, that will be a disqualification.

“We believe it is necessary to return to the initiative and to discuss and submit the draft law on introduction of criminal liability for doping as athletes, doctors and coaches who, knowing, with intent, offer athletes to be doping. And second, we believe that Alexander Zhukov as head of the national Olympic Committee, needs to convene an urgent meeting of the Committee and in the framework of its powers, under its Charter, its rules to take some action,” said Lebedev.

The MP stressed that now the situation in the Russian sports in connection with doping scandals extremely difficult.

“I would not want to escalate the clouds. But we see one to go in Rio? In every sport it is actually a key player… in fact, we’ll go to Rio de Janeiro with bells, accordion, accordions, folk artists, but without athletes. Failure in Rio de Janeiro will be a serious blow to the sports image of Russia, especially after a beautiful victory at the winter Olympics in Sochi,” added the MP.

In addition, according to Lebedev, it is necessary to increase the influence of the Ministry of sport on the federations ‘ work. “Because today will be asked, Mutko’s fault. Mutko’s not my fault he has no influence on the head coach to Sharapova, he might be, even in the face never seen,” — said the MP.

Lebedev also urged not to politicize the topic of doping. According to him, there was not a single case that the Russian athlete showed unfounded claims in response to a military operation in Syria. “So let us separate politics from sports and not going to mix”, — he said.