MOSCOW, March 9. International rating Agency Moody’s has decided to discontinue the ratings of Russia on a national scale. This was reported in the press release of the Agency. 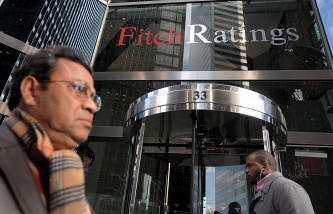 “The decision was made in light of legislative changes and other potential constraints that affect the assignment of national scale ratings in Russia”, – stated in the message.

However, Moody’s is planning to close its joint venture in Russia Moody’s Interfax Rating Agency, its work will be completed after withdrawal of the ratings of the Russian Federation on the national scale.

While Moody’s plans to maintain a presence in Russia and will continue to assign ratings on the global scale to clients in Russia and other countries of the region.

Earlier in late February, ratings Agency Fitch said that may refuse to assign to Russian companies national scale ratings to avoid conflict with the norms of Russian and international legislation.

Requirements for rating agencies in Russia

In July last year, the President of Russia Vladimir Putin signed the law on requirements to activities of rating agencies in the Russian Federation. According to the law, “the rating activity on the territory of the Russian Federation entitled to carry out legal entities established in the legal form of business company”, after making the Bank of Russia of information in the registry of credit rating agencies. “Other entity is not entitled to carry out rating activities”, – stated in the text of the law.

Siluanov: the decision of the Moody’s rating on the Russian Federation reflects the necessity of adapting the budget to the oil

The rating recognizes the exceptional work, it is prohibited to combine with other activities. The rating Agency must ensure the independence of its activities from any political and economic influence, the prevention and detection of conflicts of interest. It is not allowed to withdraw the ratings assigned by the national rating scale, based on the decisions of foreign States or international alliances.