The head of the European Central Bank (ECB) on Thursday announced the expansion of its program of monetary stimulus. First, was lowered the base rate from 0.05 to 0%, interest rate on loans — from 0.3 to 0.25% and Deposit rate from minus 0.3 to minus 0.4 per cent. The decision will come into force on March 16.

The program policy of quantitative easing (QE) was increased with €60 billion a month up to €80 billion Now in the list of assets for purchase will be included Eurobonds issued by non-banking institutions in the Eurozone. The adjusted program will be effective from April.

The regulator also announced the launch in July of 2016 through a series of four targeted long-term refinancing operations (TLTRO II) with a maturity of four years.

Why the ECB has gone on the expansion policy stimulus?

The European Central Bank launched a quantitative easing program following the example of the us Federal reserve in January 2015. Its purpose is to provide the European economy with liquid monetary means to stimulate investment in production and to increase the volume of lending. Thus the ECB President Mario Draghi wants to eliminate key threats to the European economy — an unacceptably high level of unemployment, weak credit growth and the risk of deflation (the last time inflation reached the target of 2% in 2013).

The ECB has taken several interrelated steps: lowering interest rates (this makes it unprofitable to Deposit funds on the deposits and reduces the cost of the loan), the repurchase of asset-backed bonds (the bondholders of the European countries were primarily banks) and target long-term refinancing of banks (which should facilitate lending to the real economy). Volume wityh directly into the economy of funds before September 2016 should be €1.1 trillion. The cash flow was to stimulate the growth of entrepreneurial activity that would lead to the creation of new jobs, increased consumer demand, followed by inflation to an acceptable level.

The decision to deepen and broaden the set of measures shows that the ECB has failed to achieve the planned results. Indeed, inflation in the Eurozone in January stood at a modest 0.3 percent.

What about European markets?

Immediately after the news about the new decisions of the ECB European stocks jumped up. The German DAX rose by 1.69%, Italian FTSE MIB — on 2,67%, the British FTSE 100 gained 0.7 percent. However, at the end of trading the indices went into the red zone: 21:20 GMT the FTSE 100 lost 1,78%, DAX was 2.31%, the FTSE MIB is 0.5%. Investors first overestimate the Draghi steps, and then just as quickly disappointed — too much expectations from the ECB and its head, which made it clear that he will not stop at nothing, if only his course towards the injection of liquidity into the economy have borne fruit. A certain skepticism provoked and confidence Draghi regarding what interest rates will remain on Thursday prescribed level for a long time, it is not excluded that after the termination of the quantitative easing policy.

Markel Alexandrovich from Jefferies explained the disappointment of the market and “strange absence” of details concerning measures taken by the ECB. For example, he notes that even though the quantitative easing program by buying bonds and increased by €20 billion, but the composition of these Eurobonds remains unclear. For example, Draghi has not specified what kind of non-Bank issuers, securities of which will be to bet in Frankfurt. “Non-obviousness in detail and deferred the introduction of the new measures can blunt the effectiveness of the announced steps to confuse the markets”, — quotes The Telegraph Alexandrovich. 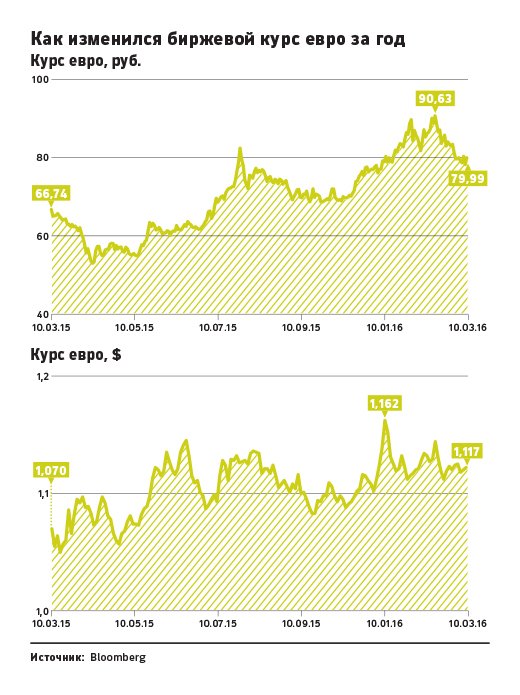 In the long term, things are not so bleak, some analysts believe. “In the end what they are doing, will have market support. They are trying to pump more money into the system, and this usually helps. Part of the problem is that in the last couple of months in the US the controller to go the opposite way and people don’t know what to do about it. We are in uncharted territory”, — quotes The Wall Street Journal Norm Bursa from the Templeton Global Equity Group.

How will this affect the Euro and the dollar?

Immediately after the publication of news about the ECB’s decisions to lower rates and increase quantitative easing program, the Euro fell against the dollar by 1%, from $1,0975 to $1,0836, but after the words Draghi that he saw no need for further interest rate cut, the Euro rose against the dollar to $1,1137.

“This suggests that the Euro as a whole not bad feels,” explains the analyst of Metallinvestbank Sergey Romanchuk.

What is the score on the Euro-dollar exchange rate, he said, to speak definitely quite difficult. “I personally feel that the Euro-dollar may continue to rise if the reduction of the rate was last taken, and if the ECB measures will help to eliminate the threat of deflation and ensure transition to normal monetary policy,” he said. In any case, a considerable drop of the Euro even in the case of trend reversed he is no longer waiting. The Euro is likely to consolidate at current levels or continue to grow.

How will this affect the Euro against the ruble?

The Euro exchange rate at the evening auction on the Moscow stock exchange exceeded 80 rubles. the Peak was at 19:25 GMT — the Euro traded at the level of 80.3 rubles, which is almost 4 rubles above the level achieved immediately after the announcement of the new decisions of the ECB. Dollar for 19:25 MSK rose to 71.89 roubles for 2 rbl. above the level at 16:00.

“The Euro’s rise at four rubles per four hours is the impact of today’s ECB decision on rates. The ECB has taken quite unexpected decision for the market, although rates have not significantly changed”, — said Romanchuk.

The Euro-dollar is less volatile compared with the pair dollar-ruble, Euro the ruble, therefore, will be determined by how it will change the dollar against the ruble, adds Romanchuk.

Bloomberg quoted the chief economist of ING Group for Russia and CIS Dmitry Field, who believes that the ECB’s actions will support oil prices and emerging market currencies, including the ruble.

As stated by chief economist of the Eurasian development Bank Yaroslav Lissovolik, the ruble will continue to strengthen against the EUR amid news from the OPEC countries.