MOSCOW, March 10. The Board of Directors of OAO NOVATEK recommended to the shareholders at the annual meeting on April 22 to take a decision on dividend payment for 2015 of $ 6.9 rubles per share, according to the company. 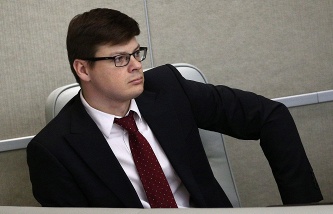 The annual meeting will be held on April 22, 2016, the register closing date for participation is March 21. Recommended date of making the list of shareholders entitled to receive dividends on 4 may.

As previously reported, the final dividend of NOVATEK for 2014 amounted to 5.2 rubles per share.

Adjusted net profit of NOVATEK’s attributable to shareholders for 2015 by the international financial reporting standards (IFRS) in comparison with previous year has grown in 2,1 times – to 74.4 billion rubles.

Major shareholders of NOVATEK are the structure of Russian businessman Leonid Mikhelson and Gennady Timchenko, and also French Total, which owns the 18,64% of the company’s shares.