SYKTYVKAR, March 10. /Corr. Natalia Kazakovtseva/. The Chairman of the government of Komi Vladimir Tukmakov dismissed in connection with loss of trust, told the correspondent of TASS in the press-service of administration of Republic. 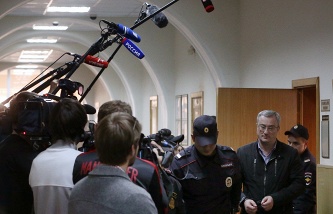 Naryshkin: the actions of law enforcement officers of Komi in talking about the struggle of the authorities against corruption

“The Minister was relieved from the post of Chairman of the government of Komi in connection with loss of trust. This decision was made today by the acting head of the Republic Sergey Gaplikov. In accordance with the law, this decision shall entail the resignation of the government of the region that will perform their duties until the new composition of the Cabinet of Ministers”, – said in the administration.

Before the President of the government of Komi will perform the first Deputy Chairman of the Cabinet Larisa Maksimova.

As reported in Prosecutor’s office of the Republic, the Minister dismissed for “corruption offences”, which were identified during the audit. 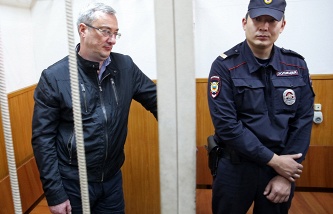 Markin: in fact Gaizer we are talking about billions of rubles

“The Prosecutor’s office established that, in violation of the law on combating corruption Tukmakov from February 2011 to August 2015 monthly received as gift funds in the amount of 100 thousand rubles, during the period of 5.5 million roubles the official has not reflected this in the information about the income”, – said the Agency.

It noted that in the appointment to the post of Chairman of the government of Komi in 2014 Tukmanov concealed the income so obtained when replacing in 2011-2013 Deputy head of the Republic – Minister of Finance. The proportion of unrecognised revenue from the total income of his family for 2012-2014 averaged 38%.

According to a source in law enforcement bodies of the region, Tukmakov regularly received gifts from the former head of Komi Vyacheslav Gaizer.

“Monthly gifts 100 thousand rubles Tokmakova was a reward from the head of Komi Vyacheslav Gaizer,” said the source.

Official representatives of law enforcement agencies have become neither confirm nor deny this information.

Further inspection is carried out

The Prosecutor of Komi demanded that the acting head of the region to solve the question of the responsibility of a subordinate, as a result, the official is removed from office. “The Prosecutor’s office conducts a further test. When detection by Tokmakova abuse or excess of powers of office assessment they will be given in the manner prescribed by the criminal procedural legislation”, – said the representative of the Supervisory authority.

The Case Of Constantine Romadanova

Earlier on the proposal of the public Prosecutor for giving false information about the property on similar grounds was dismissed from the post of Deputy Chairman of the government of Komi Konstantin Romadanov – one of the defendants in the case Gaizer, who is currently under arrest.