MOSCOW, March 11. Brokerage company BCS did not buy and did not sell the shares of metallurgical giant Mechel and has no relation to the manipulation of the securities of that Issuer, said the President of financial group BKS Oleg Mikhasenko.

On the eve of the Russia’s Investigative Committee (SK) reported that in open company “Company BKS” were searched in the criminal case of market manipulation, when trading in shares of “Mechel”. 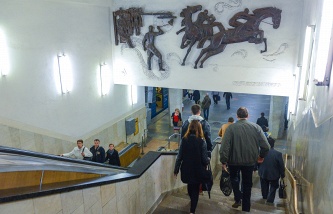 “BCS execute the orders of the customers, a number of which have made transactions with shares of “Mechel”. For these clients and has passed seizure of documents. We can say that in 2013, all documents related to these transactions were transferred to the CBRF, any comments on him,” said Michalenko.

According to the IC, in November 2013, persons unidentified by the investigation made of the sale of ordinary shares of JSC “Mechel” in the interests of Cypriot investment firms. As a result, the share price has fallen by more than 30%, as a result, customers received excess revenue in the amount of 350 million rubles.

As previously reported, a major collapse in the value of the shares of Mechel on the Moscow stock exchange took place on 13 November 2013. Then in the course of trading the price fell by more than 40%, the minimum value from the beginning of 2009, the company’s Capitalization decreased by 19 billion rubles.

OJSC Mechel, founded in 2003, is one of the world’s leading companies in the mining and metallurgical industries. The company has production facilities in 11 Russian regions, as well as in Lithuania and Ukraine. It unites producers of coal, iron ore concentrate, Nickel, steel, rolled products and high valueadded products.