ST. PETERSBURG, March 11. Chief cardiologist of Leningrad region, the chief doctor of the Regional hospital Tatyana Tyurina filed Friday, the documents for the participation in the primaries of the party “United Russia” in Kingisepp single-mandate constituency № 112, where already registered, the Chairman of the State Duma Sergey Naryshkin. About it on Friday have informed in a press-service of regional branch of the party. 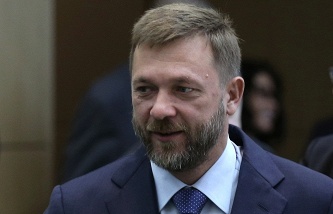 “Tatiana Tyurina filed documents for participation in the primaries of the party “United Russia” in Kingisepp single-mandate district No. 112. Documents will be reviewed on March 14 at the session of regional organizing Committee”, – said the press service.

The interlocutor of Agency has noted that as the coordinator of the project “Quality of life. Health” Tyurin plans to build the campaign on the issues relating to healthy lifestyles and environment.

Currently speaker of the state Duma is already registered as a candidate. Open debate of participants of preliminary voting will begin in early April. May 22, 2016, on the single voting day, all the inhabitants of Leningrad region will be able to choose its candidate for the nomination from the party “United Russia” on elections to the State Duma of the Russian Federation.

Only in the Leningrad region is home to 1.8 million people, of which 1.3 million have registered to vote. In the elections to the state Duma, which will be held on 18 September under a mixed system, the inhabitants of the region have to choose their representatives in three electoral districts.