NEW YORK, March 11. /Corr. Igor Borisenko/. In a situation where the trial of Russian citizen Yevgeny Burakova, whom the U.S. accused of spying continues, the Consulate General of the Russian Federation considers inexpedient to make comments on this issue. This opinion was expressed on Friday in an interview with TASS Russian diplomatic source. 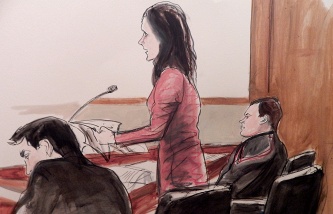 The U.S. Department of justice: the Russian Burakovo put 5 years in prison

“At a time when the trial of Russian citizen Yevgeny Burakova continues, it seems inappropriate to make any comment,” he said.

Previously, the Agency Associated Press (AP) released a message which stated that Buryakov allegedly admitted Friday his guilt in “conspiracy to work as an agent of a foreign government without notifying the U.S. government”.

Beets will remain in custody until the court decision on his case. It is scheduled for may 25. According to AP, the Prosecutor’s office for the southern district of new York and the protection of Russia “we agreed that in this case the deprivation of liberty for a term of 30 months would be a sufficient punishment.”

Deputy representative of Vnesheconombank in new York, Yevgeny Buryakov, was arrested on charges of espionage January 26, 2015 by FBI agents in the new York area of the Bronx. Allegations of illegal intelligence activities, he was indicted officially on 9 February 2015. Burakovo, in particular, is charged with “working in the United States as an agent of the SVR under informal cover”.