MOSCOW, March 11. Net loss port operator Global Ports in 2015 amounted to $33.7 million versus $197.3 million net loss a year earlier, the report said the company’s financial and operating results for the year of 2015. Thus, the net loss decreased in 5,8 times. 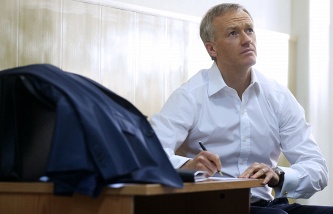 The company’s revenue for the reporting period decreased by 28%, to $405.7 million

The company explains the decrease in revenue the drop in traffic (container throughput of Global Ports in 2015 decreased compared with the previous year by 31%, to 1.8 million TEU(equivalent 20-foot container)).

Global Ports notes that during the reporting period, generated significant free cash flow in the amount of $236 million “the Group continues to prioritize deleveraging of its balance sheet and cut its net debt by $160 million”, – stated in the message.

Adjusted EBITDA in 2015 decreased by 22.6%, to 291 million. The EBITDA margin was 71.7% vs. 66.8% in 2014 “due to the continuation of work aimed at improving the efficiency and control over costs, but also due to the devaluation of the Russian ruble,” said the company.

In 2015, the group reduced its capital expenditure 50.2%, to $11.7 million “Due to sufficient investments of previous years, reducing capital costs has been achieved without compromising the quality of service, reliability and safety of terminal operations group,” adds Global Ports.